The mysterious monolith now spotted in Gujarat, take a look! 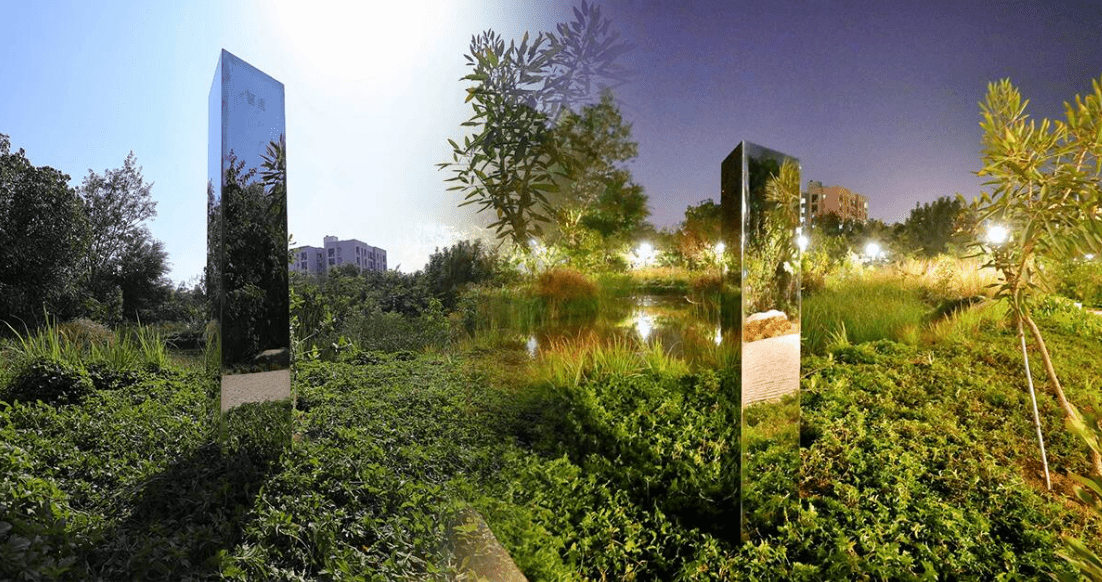 Ahmedabad: 2020 is gone but the mysteries that baffled the world last year, continues to reel even in the New Year. The mysterious spotting of monoliths across the world has left many their heads scratching and while many others cropping up with unusual and peculiar conclusions on the sightings. Well, well, to continue with the bafflement, a monolith has been now spotted much closer to our proximity and this time it is in Gujarat.

The monolith was seen in the Symphony Forest Park in Thaltej. It is similar to the other monoliths with metallic sheets covering its three sides. According to a report  by ‘The Indian Express’ there are some numbers etched on the structure. The report suggests that the numbers indicate love for nature and protecting wildlife.

An Ahmedabad Municipal Corporation official told the news publication that they know a monolith has been placed inside the park and that it was done by the people who had developed, and maintain the park.