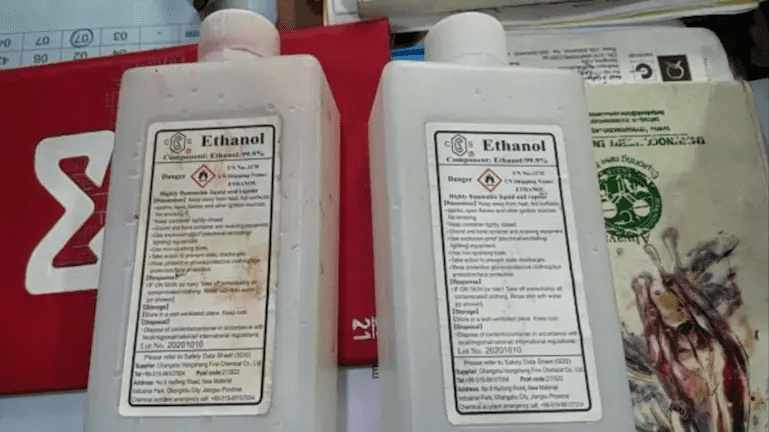 Bhopal: Three friends in Madhya Pradesh’s Bhind consumed sanitiser after failing to get alcohol since liquor shops were shut in Madhya Pradesh due to Holi. While two of them died, the third one is in critical condition.

The incident took place in Bhind’s Chaturvedi Nagar. The deceased have been identified as Rinku Lodhi and Amit Rajput. The third friend, Sanju, has been shifted to a hospital in Gwalior.

Their conditions deteriorated on Monday evening after Holi celebrations and were rushed to the hospital by their relatives.

The police recovered two 500 ml sanitiser bottles from the homes of the deceased,