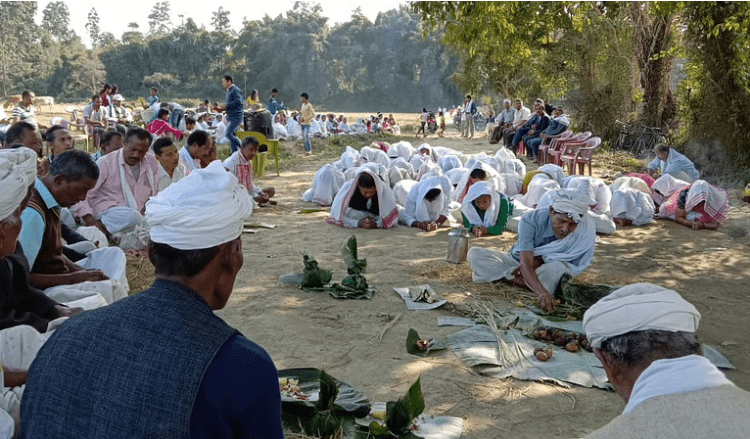 Tinsukia: In a heart wrenching incident, hundreds of villagers of Dhulijan, Tinsukia gathered on Sunday to perform the last rites of vultures that died of poisoning last month. A tensed, emotional atmosphere had gripped the remote village where villagers had gathered to give a respectful farewell to the dead vultures.

This event of grief and sorrow that was visible on the faces of the people underlined the coexistence and bonding between humans and wildlife.

Reports of deaths of the vultures started coming from the village on January 18, and within a week, at least 36 vulture carcasses were found in and around the village, allegedly after consuming flesh of seven cows, which allegedly died due to "poisoning" after drinking from a nearby waterbody.