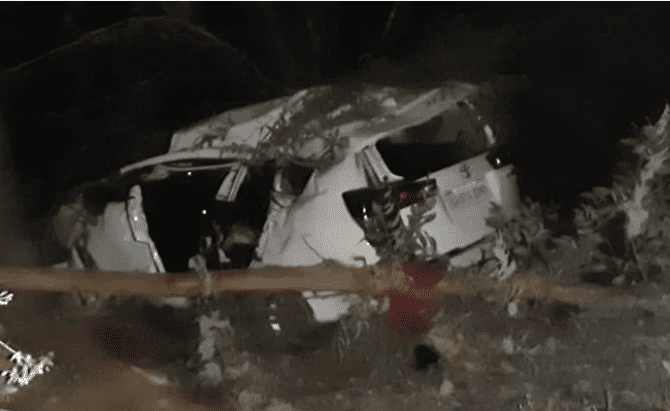 Goa: Union Minister Shripad Naik was seriously injured in an accident after his car crashed in Uttar Kannada district of Karnataka while travelling from Yellapur to Gokarna. The union minister was travelling with his wife and close aide when the accident occurred. Unfortunately, the minister’s wife and his close aide died in the hospital as they were in critical condition.

Also read: Chinese PLA soldier who transgressed across the Indian side of LAC handed over to China

Dramatic visuals from the accident shows the car in mangled state lying among bushes and trees as security personnel reached the accident spot trying to pull out the victims from the car. Photos of the accident site show the car badly damaged and the severity of the car accident.

Meanwhile, Mr. Naik, who is the Union Minister of state for AYUSH (independent) and defence is out of danger. He is being treated at the Goa Medical College and Hospital in Bambolism.