Weapons recovered ahead of Assam Assembly Elections in Kokrajhar 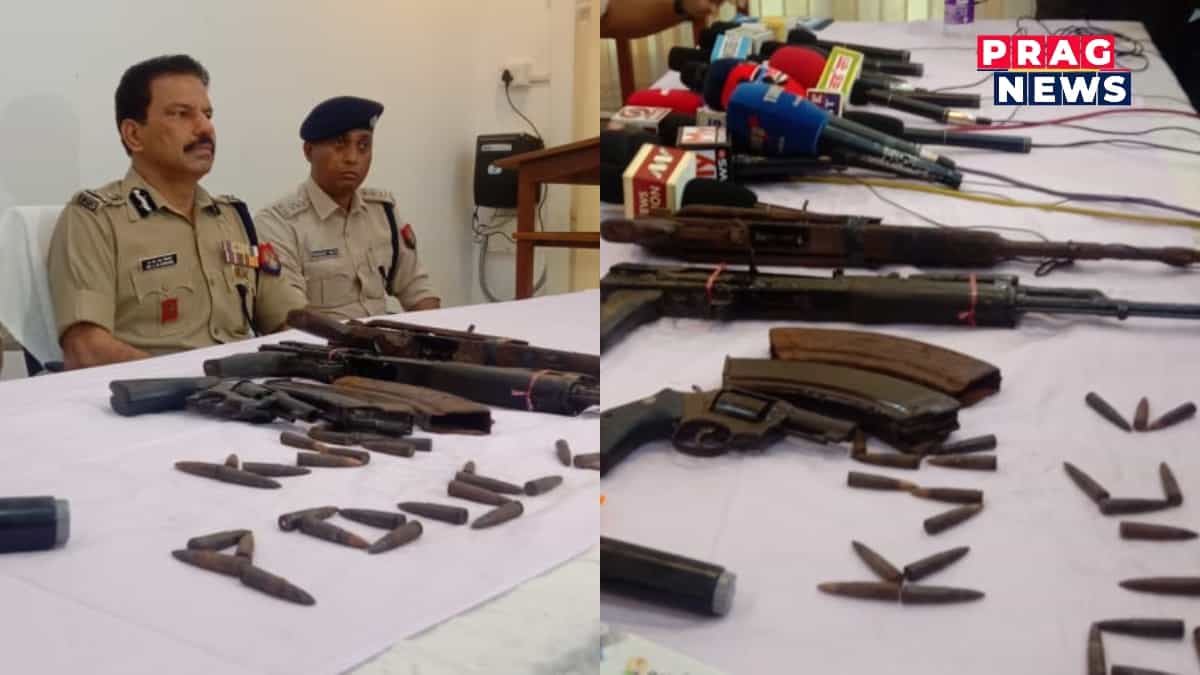 Kokrajhar: The police have recovered a huge cache of weapons on Sunday from Kokrajhar’s forest area just days before the Assam state polls.

A two-hour-long search operation was carried out in the forest area of Bishmuri village by a team led by the Superintendent of Police (SP) of Kokrajhar along with additional SP, DSP and commandos.

The team recovered two AK - 56, twenty-nine round bullets and one revolver from the spot.

“We received information that weapons are hidden in Bishmuri area forest. SP of Kokrajhar made a team in which additional SP, DSP went to the spot along with commandos in the forest and carried a search operation around two hours after which we recovered two AK-56, 29 round bullets and one revolver”, Additional Director General of Police (ADGP) L R Bishnoi said.

Bishnoi also let the reporters know that a total of 80 weapons have been recovered this year. He also stated that 22,000 litres of illegal liquor, as well as rupees 51 lakh cash, has been found during operations carried out during the election.

Bishnoi went on to state that a team of more than 30 NDFB militants led by M Bathar have returned to hiding in the forest.

He however assured that adequate safety precautions have been taken to ensure a smooth voting schedule during the Assam Assembly polls.