Woman arrested with 5 kg of opium in Manipur 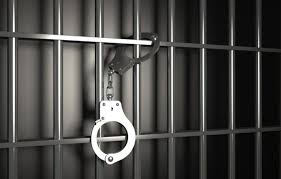 Imphal: The police authority of Manipur has arrested four-person with 5kg of opium on Sunday. The incident took place in the Thoubal district of Manipur.

A crew of Nongpok Sekmai police station on controlling duty near an inter-village road at Chandrakhong village arrested the two persons. They were found carrying the opium packed in six plastic polythene packets leveled as “Nestle Everyday Diary” on Saturday evening, around 5.30 pm.

The policemen said that the smuggling item was discovered in a lady bag carried by the woman who was later recognized as Kimboi of Kangpokpi district. She appeared with her brother identified as Mangpilun in a two-wheeler, the police added.

The authority had also arrested two other individuals who followed them far back in the same way in a different Activa brand scooter. They were identified as Limjapao of Kangpokpi district and Seiminlen of the same district, the police added.