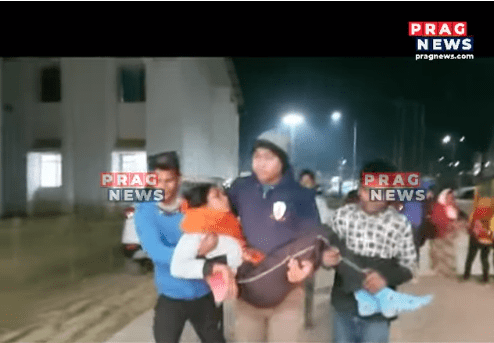 Diphu: A youth succumbed to death after falling ill by eating ‘packaged lunch’ served at CM’s event at Diphu which was also attended by state health minister Himanta Biswa Sarma.

The youth identified as Kangbura Dey died on Tuesday midnight after he fainted, informed family member. He also consumed the food served at the event. He left behind his wife and two children.

At least 51 persons have been admitted to Diphu Medical College and Hospital due to food poisoning after consuming the packaged lunch served by the medical college at the event yesterday.