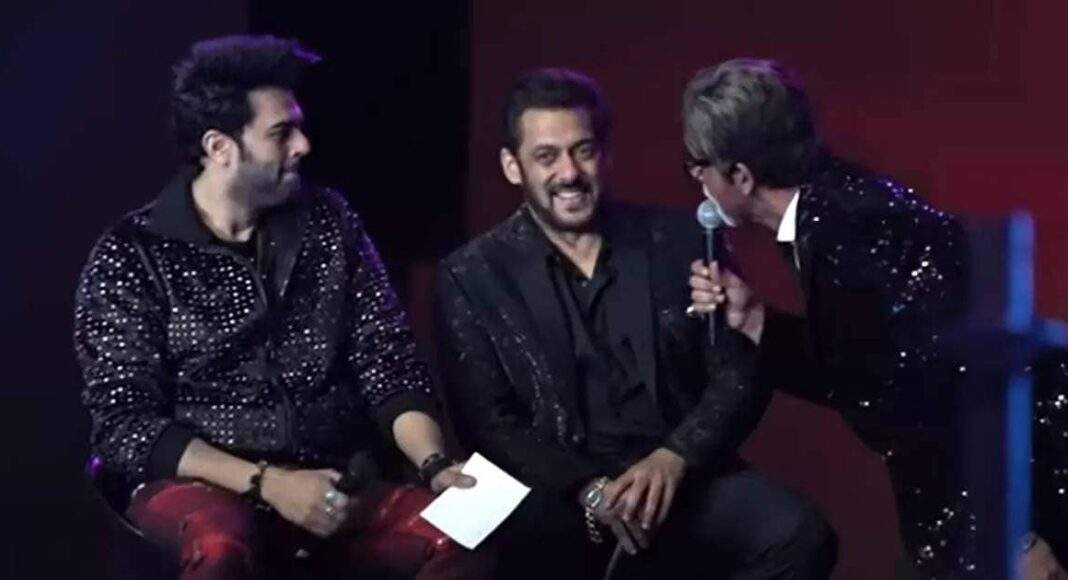 Digital Desk: Actors often indulge in some light-hearted ‘leg-pulling’ during their shoots, of which, few of these videos reach social media platforms. In one such latest video shared by popular host Maniesh Paul, in the ‘Tour Reloaded in Riyadh on his YouTube channel, Paul gave an inside glimpse into the backstage fun as well as sneak peeks of him getting ready and excerpts of performances by Salman Khan, Prabhudeva, Shilpa Shetty, Aayush Sharma, Saiee Manjrekar and himself.

In the video shared by Maniesh, one can see the host calling ‘Big B’ to the stage as part of the act. Comedian Sunil Grover imitating ‘Big B’ (Bollywood actor Amitabh Bachchan), interrogates Salman Khan about getting married in the style of Kaun Banega Crorepati. “Kya ho jaata hai shaadi ke naam se aapko? Byah kar lijiye (What happens to you when someone talks about marriage? Get married!),” Sunil told a blushing Salman.

Keeping fun and jokes apart, Salman Khan recently announced during a presser that he might be coming together with his close friend superstar Shah Rukh Khan for a film after the duo will be seen making extended appearances in their upcoming movies, “Tiger 3” and “Pathan”, respectively.

Salman and Katrina will be sharing screen again in Yash Raj Films’ “Tiger 3”, the next installation of the spy-action thriller franchise. Both the actor will be reprising the roles as agents Tiger and Zoya. The film will see Emraan Hashmi essaying the role of the antagonist.