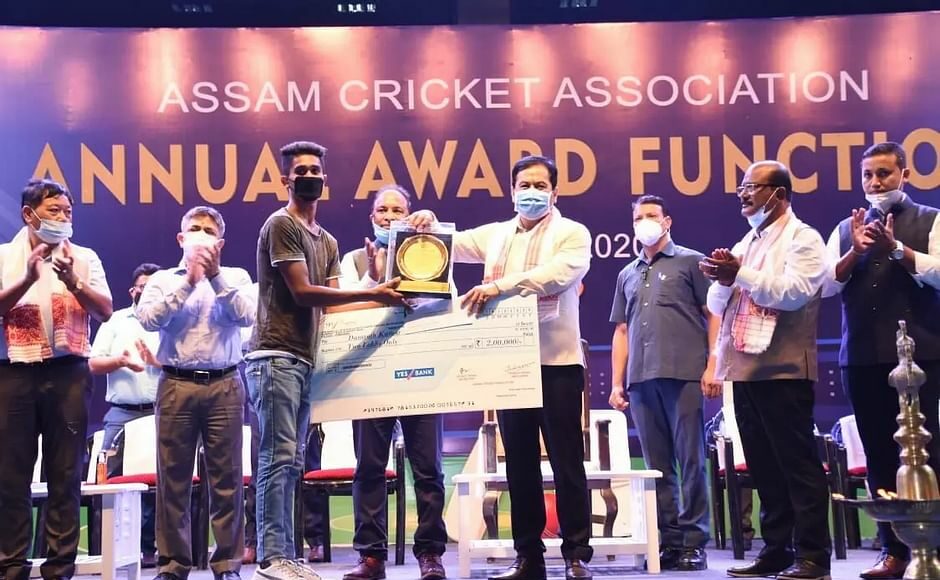 The function was graced by Minister of Sports and Youth Welfare Department Bimal Borah as its Chief Guest. Office-bearers of ACA also attended the event, representatives of TCM Carlton Saldanha, former cricketers, and other well-wishers.

Only two players could be rewarded based on their outstanding performances throughout the last cricketing term due to the outbreak of the Covid 19 pandemic.

The event also rewarded the winners and runners-up of the zonal and district level winners of the 3rd Assam Premier Club Championship 2020-21.

The trophy, logos, and jerseys for the upcoming Assam T20 Challengers Trophy were unveiled through the Award Function.