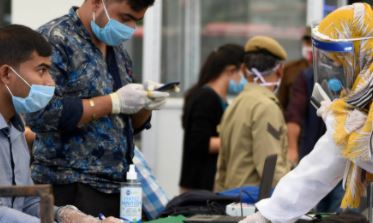 The Assam Health and Family Welfare Department on Thursday, 15 July, announced that the earlier order, pardoning people who have been vaccinated with two doses of Covid-19 vaccine from compulsory testing on arrival at airport or railway station in Assam, has been retracted with immediate effect.

This decision has been taken as “Covid positivity is observed even in some of the person(s) who have received two doses of vaccination.” the official order read

Share
Facebook
Twitter
WhatsApp
Previous articleA section of the people of the State is becoming lazy due to government welfare schemes: MLA Mrinal Saikia
Next articleAllu Arjun’s daughter Allu Arha is all set to make her acting debut in Tollywood