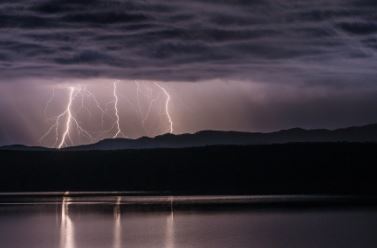 Five persons, including three children, were killed when lightning struck in different villages of Shivsagar block in Rohtas district of Bihar in the last 24 hours. Seven others were injured, five of them critically.

Suresh Singh, 55, of Singhampura village was killed outside his house.

A 14-year-old boy was killed while grazing his cattle at Alampur village.

An 18-year-old girl was killed.

Three women were critically injured when they were transplanting paddy in fields at Sikandarpur village. The injured women, identified as Lalpari Devi, Pinki Kumari and Naglata Devi, were admitted to district hospital at Sasaram.

Two girls injured in Maldaha village. The children were playing near the fields where their mothers were transplanting paddy.

District magistrate Dharmendra Kumar said the administration was providing compensation to the deceased and medical help to the injured. The administration was also creating awareness among the people about safety measures during a lightning strike on a regular basis, he said.