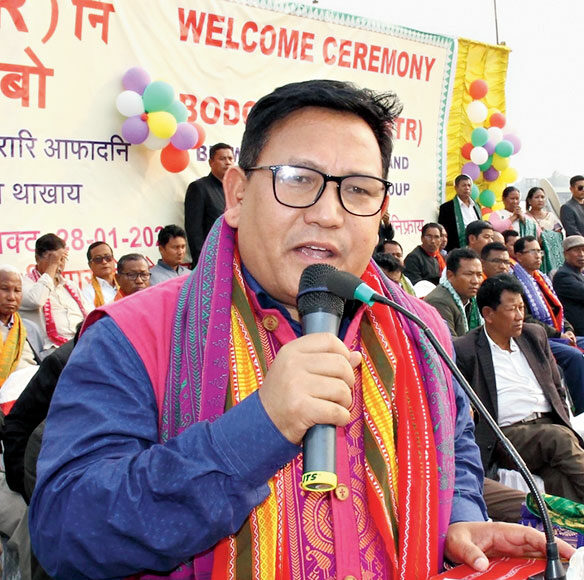 In the meet, Boro stated that such incidents continue to occur in the Bodoland territorial region years after years. Therefore, the government should take certain measures to bring a pause to such tragic incidents.

He also said that he is personally looking into the matter on serious grounds apart from the measures carried out by the Assam government.

On September 18, two suspected Bodo youths were killed in an encounter by Assam police in Kokrajhar’s Ultapani forest range.

Boro further said that certain miscreants carry arms and equipements and claim themselves as extremist groups. Such claims might create disturbances in the region.

“If such disorder continues in the region, the future development of Bodoland region will come to a standstill. People would fear to send their children to school and the education prospect will be affected,” said Pramod Boro.

He continued, ” The peace accord signed among the Centre, the Assam government and former militant organizations of the BTAD have many things to work upon. There should be more concern over the developmental works for all the people of the community.”

Speaking of the incident, MP Naba Kumar Saraniya stated, “If the people of the region claimed this encounter to be fake, there should be proper probe undertaken by the present BJP-led government on the matter.”