Rocketry is based on the biography of ISRO space scientist Nambi Narayanan, who recently disclosed why the actor was chosen to portray him.

Digital Desk: After asserting that the Hindu calendar, Panchang, assisted ISRO in launching a rocket into space, RMadhavan has come under fire on social media. At a screening for his upcoming movie Rocketry: The Nambi Effect, he discussed ISRO's Mars Orbiter Mission. The essence of Madhavan's statement, as translated by musician TM Krishna, was that Indian rockets lacked the three engines - solid, liquid, and cryogenic- that Western rockets use to launch themselves into Mars orbit. However, since they lacked that, Indians made use of all the data in the Panchangam (Hindu almanack).

"It contains the celestial map with all the data on the different planets, their gravitational pulls, sun flare deflection, etc., all calculated perfectly thousands of years ago, and as a result, the micro-second [of the launch] was calculated using this Panchangam information," As per Krishna's translation, Madhavan continued.

Some people have made an effort to "correct" the declarations Madhavan made. 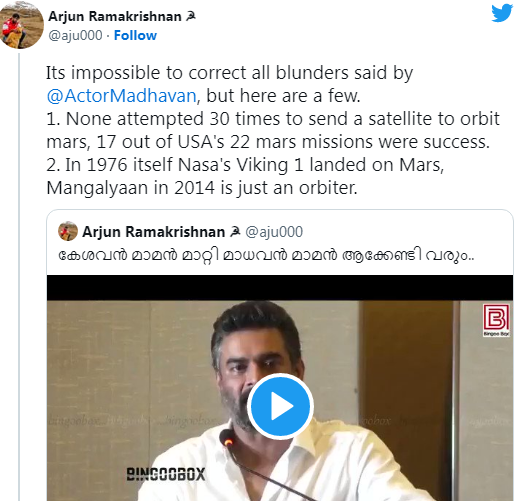 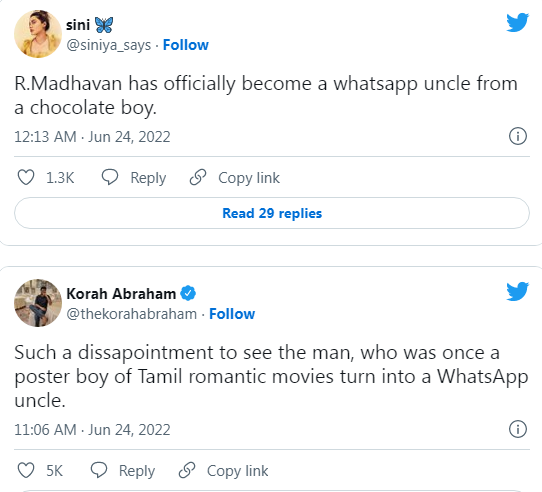 Rocketry is based on the biography of ISRO space scientist Nambi Narayanan, who recently disclosed why the actor was chosen to portray him.

The movie's trailer was recently exhibited at Expo 2022 Dubai, where the audience responded well. Nambi Narayanan stated with regards to working with Madhavan, "I needed someone who genuinely understood what it means to be an engineer. It was made easy to share Madhavan my tale because he is an engineer himself.