Netizens raked Kareena Kapoor Khan for shouting at her driver 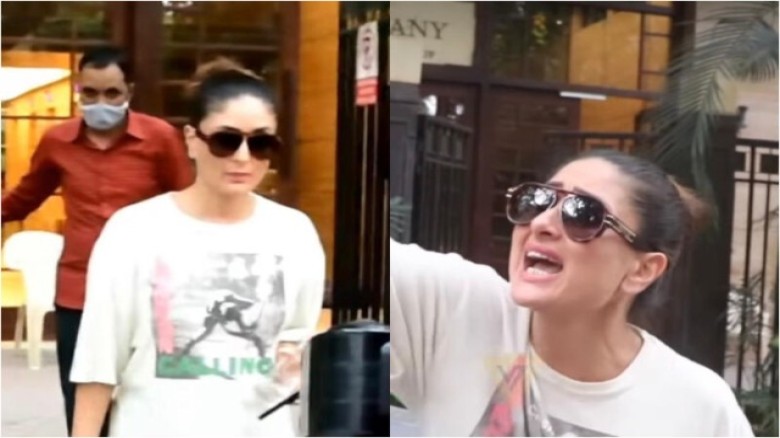 Digital Desk: When Kareena Kapoor Khan yelled at her driver after her car nearly drove over a photographer's leg, she became a victim of online abuse. It all happened while Kareena was walking out of her house after seeing her best friend, Malaika Arora. Malaika was recently released from the hospital after suffering minor injuries in an accident on Saturday on the Mumbai-Pune expressway.

A paparazzo posted a video in which photographers can be seen waiting outside, taking shots of Kareena. At the same moment, one of the paparazzi was injured, which frightened Kareena. 'Sambhalo yaar, Peeche Jaa yaar,' she can be heard shrieking at her driver in the footage.

However, it appears that her attitude has irritated netizens. Users have chastised Kareena for her demeanour on social media. "She didn't even care about the injured person," one user wrote in response to the video, while another added, "Aur inko koi farak nahi padta usse." "Stop going behind them," one wrote. I've had it with their attitude. "I'm no longer interested in watching them."

Some of her fans also showed up to show their support. As can be seen, she is concerned, and she was overheard telling the photographers not to take images like this. "Isliye tum log Bhaga mat Karo yaar," she was overheard saying.

Meanwhile, Kareena is gearing up for her OTT debut in Sujoy Ghosh's film, which also stars Jaideep Ahalwat. Aside from that, she and Aamir Khan are awaiting the release of their much-anticipated film 'Laal Singh Chaddha.'