The long-awaited 'Beast' teaser has launched, packed with a stylish and dynamic video! 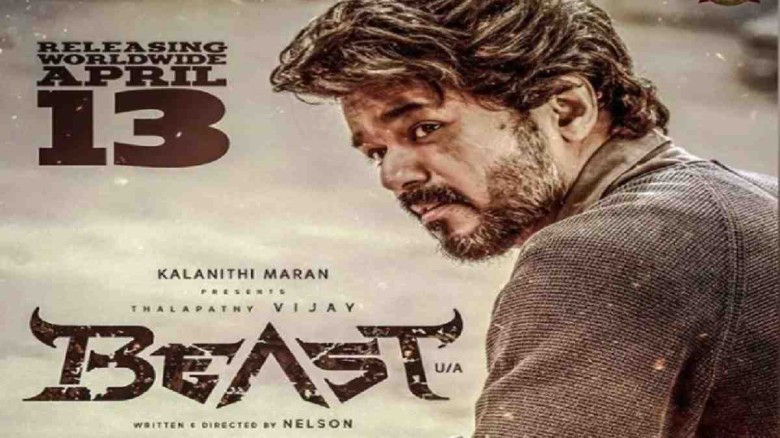 Vijay's 65th movie Beast began its shooting last year, where Pooja Hegde, Selvaraghavan, and Yogi Babu are among the other cast members.

Digital Desk: Thalapathy Vijay's latest movie Beast, directed by Nelson Dilipkumar, is expected to enthrall audiences with his powerful performance. With back-to-back updates from the film, the producers have kept the fans interested. Finally, however, the much-anticipated trailer update has arrived, accompanied by a stunning video starring Ilayathalapathy (named by fans of Vijay).

Thalapathy performed his legendary movements in his swag and style with a complete background score. The film's trailer alone demonstrates how spine-tingling it will be. "#BeastTrailer is all set to get unleashed Weight-ah kaatirlama Nanba? #BeastTrailerFromToday," Sun Pictures' official Instagram account tweeted with the video.
In the black comedy thriller, the storyline centers around RAW agent Veera Raghavan, who has taken on a rescue mission of hostages held in a shopping mall taken over by terrorists. Vijay, Pooja Hegde, Aparna Das, Selvaraghavan, Shine Tom Chacko, Yogi Babu, Redin Kingsley, and Sathish Krishnan appeared in the film are among the cast members.
Meanwhile, Vijay Thalapathy has been cast as the leading man in Vamshi Paidipally's upcoming film. According to reports, Disha Patani, a Bollywood actress, has been contacted to portray the female protagonist in the film. However, no formal announcement has yet been made.
Also Read: Rajamouli's RRR in Hindi Box Office Collection Day 5 breaks record by making 100 Crores