‘I strongly condemn the mindless killing of the two innocents’: Pramila Rani Brahma on Kokrajhar encounter 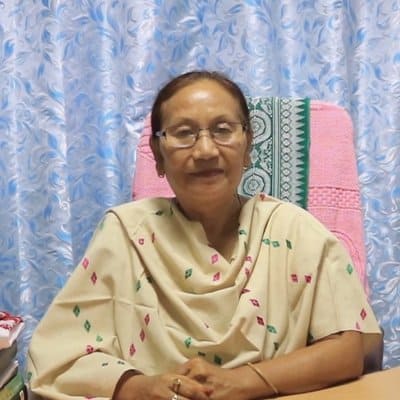 The Bodo politician Rani also said it was against laws to bring the suspected militants out of the police custody and then to kill them in a gunfight in Assam’s Kokrajhar district in the wee hours of Saturday.

The Assam police authorities hardly conducted any investigation before taking them out of the station. Rani stated that this action is “against humanity.”

The recently formed ULB group stated that the two deceased individuals were not linked with their militant group from any angle. The ULB organziation posted that the Bodoland Territorial Region (BTR), including the present government are completely accountable for killing these two individuals.

Former minister of Social Welfare Pramila Rani also claimed, “The government carried out such merciless steps against innocent lives earlier as well. They have carried out such mindless attacks once again, and I condemn it.”

On September 18, Assam police gunned down two members of a new extremist group in a region where peace was supposed to have returned.

The encounter took place at the Ultapani reserve forest area in the Kokrajhar district. The deceased have been identified as Jongshar Mushahary and Janak Brahma.

The family members alleged that Jongshar was a former National Democratic Front of Bodoland (NDFB) cadre. But, he had no contact with any active extremist group operating in the region to date.

On Sunday, Jongshar’s family took out a procession carrying the dead body by shouting the slogan ‘Assam police go back.’

Furthermore, General Secretary of Bodoland Students Union Banjit Manjil Basumatary alleged the entire incident was tragic and the encounter to be a pre-planned murder.

The senior leader Rani also stated that she has come to know about the incident through television. She further asked the government to take strict measures against the police personnel linked with the outlawed encounter of suspected militants.