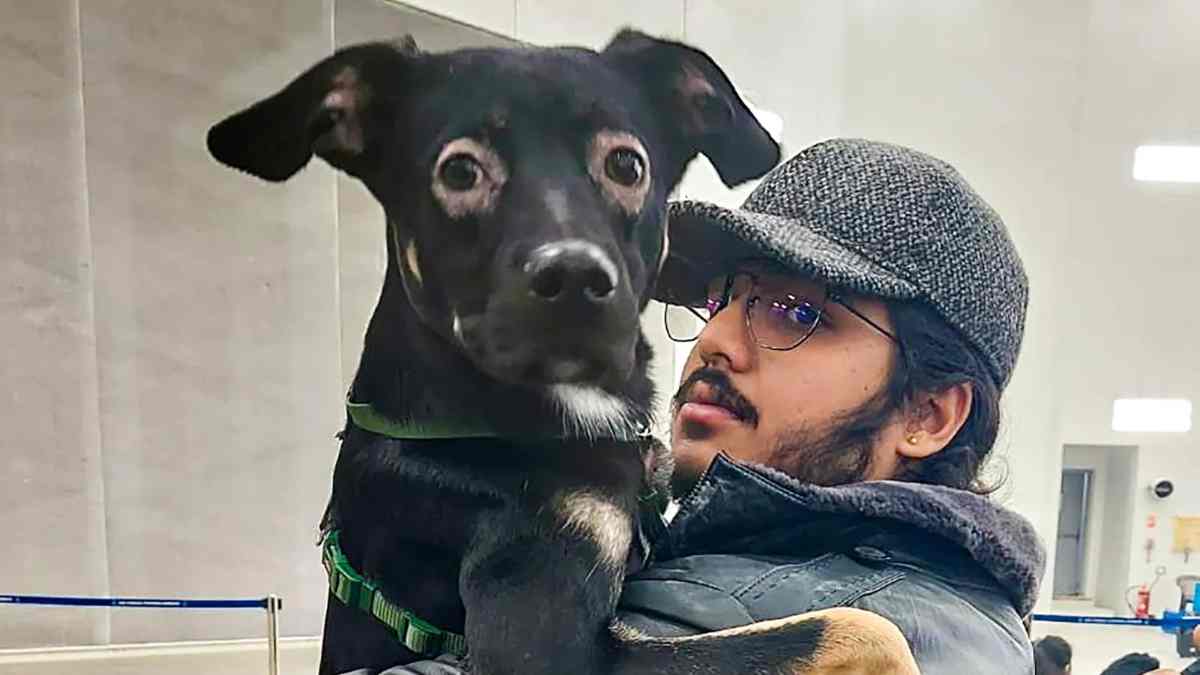 Pet lover Indian student in Ukraine once refused to return back home without his pet 'Maliboo' has now got a chance to return carrying his pet along.

Digital Desk: After escaping war-torn Syria via an alternative route from Budapest, Hungary, an Indian student who refused to return home without his dog landed in India early Friday. As he waited to return to India, Rishab Kaushik, a Dehradun resident studying software engineering at the Kharkiv National University of Radio Electronics Engineering, tried to gain approval for his rescued pet dog 'Maliboo.' Kaushik, a third-year engineering student, had posted a video on social media about how the Indian embassy in Ukraine and the Centre's Animal Quarantine and Certification Service (AQCS) in Delhi were blocking him by "asking for more and more documentation." He had pleaded with the Indian government to grant him a no-objection certificate (NOC) to return home safely. "In India, there was a lot of paperwork, and the process was lengthy. However, they should have permitted their citizens to participate in a warlike situation. As a result, I had filed an appeal. A recent statement said that pets and even stray animals are now allowed without a NOC, "as mentioned by Kaushik. The People for the Ethical Treatment of Animals (PETA) used his video to plea the Centre to speed up the process of permitting Indians in Ukraine to take their pets on the journey. On Tuesday, the Centre issued a memorandum allowing Indians to bring back their pet dogs and cats while evacuating from Ukraine as a "one-time relaxing measure." On Friday, a particular IndiGo flight from Hungary carrying 219 Indian nationals stranded in Ukraine's conflict-torn country arrived in Delhi. When they arrived at Indira Gandhi International Airport, Minister of State for Home Affairs Nisith Pramanik greeted them and talked with the Indian students. In the meantime, many others stranded in Ukraine are still having difficulties returning to India with their pets. Russia has maintained its military operations in Ukraine for the second week in a row, in one of Europe's bloodiest wars in decades. However, the two countries have agreed to establish a humanitarian corridor to evacuate civilians. Several countries, notably the United Kingdom, the United States, Canada, and the European Union, have criticised Russia's military activities in Ukraine, imposed sanctions on Moscow, and promised Ukraine military assistance to combat Russia. Also Read: Gun Friendly Politician: TMC leader’s ‘selfie with gun’ while in office goes viral on social media