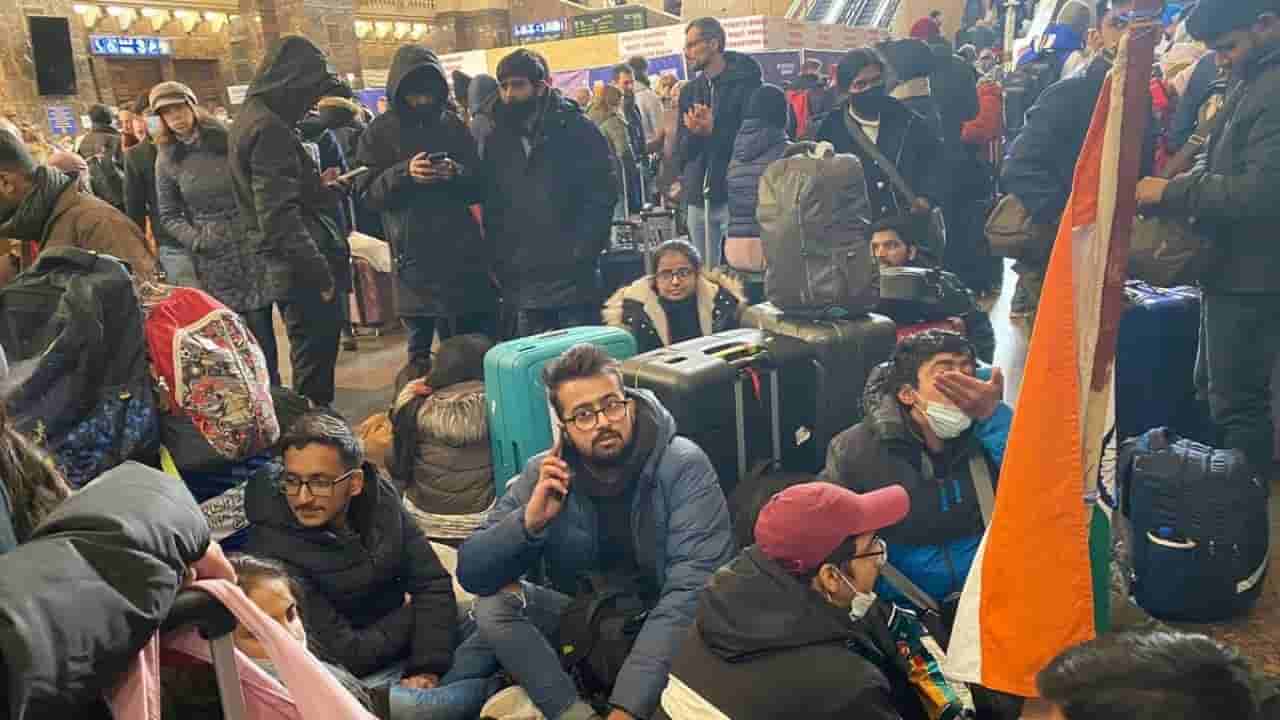 The ministry advised the Indians to remain indoors, ideally in designated zones, basements, and bunkers.

Digital Desk: The Ministry of Defence released a list of dos and don’ts for Indians caught in war-torn Ukraine’s Kharkiv on Thursday evening, citing the city’s possibly dangerous or challenging situations as assumed by the government. The Ministry of Defence said in a statement that each designated group or squad of Indians should have a white flag or white cloth to wave. It advised people to conserve and share food and water, as well as stay hydrated, avoid full meals, and eat smaller quantities to stretch their rations. Aerial raids, attacks by aircraft or drones, missile attacks, artillery shelling, gunfire by small arms, grenade explosions are a few of the potential dangers that are to be expected in Kharkiv, the ministry said. According to the list of must-dos, Indians stranded in Kharkiv must carry a small kit of necessary supplies at hand at all times. 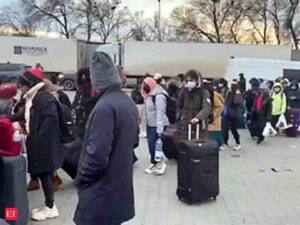 Passport, identity card, necessary medication, life-saving drugs, torch, matchbox, lighter, candles, cash, energy bars, power banks, water, first-aid kit, headgear, gloves, winter jacket, and warm socks should be included in the emergency kit, according to the ministry. “If you find yourself in an open area or field, melt snow to make water,” the defence ministry added. Keep one large waste bag per person, if available, to serve as ground matting or a cover against rain, cold, or storms, or during a forced march or evacuation, it suggested. Since February 26, India has evacuated its residents from Ukraine’s western neighbours, including Romania, Hungary, and Poland. However, a group of Indians, mostly students, are trapped in Kharkiv, in eastern Ukraine, near the Russian border. The government advises that the Indian students should form small groups or squads of ten students and organize a buddy/pair system/nominate a coordinator and deputy coordinator in each group of ten people. 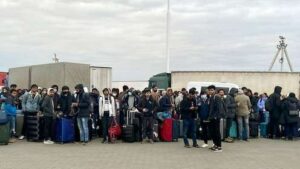 The ministry states, “Your presence and whereabouts must always be known to your buddy or a small group coordinator.” Moreover, it advised the stranded Indians to stay mentally strong and not panic. “Create a WhatsApp group and compile information such as names, addresses, phone numbers, and contacts in India,” the Ministry of Defence advised. It advised sharing geolocation via WhatsApp with the control room in the embassy or in New Delhi every eight hours, updating information, and keeping a frequent headcount every eight hours. “To conserve phone batteries in India, only the coordinator or deputy coordinator should contact with local authorities, the Embassy, or control rooms,” it said. 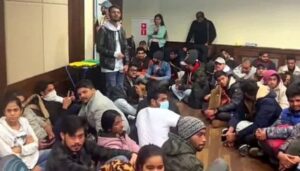 Molotov cocktails, building collapse, falling debris, internet jamming, lack of electricity, food or water, exposure to freezing temperatures, psychological trauma, injuries, lack of medical support, lack of transportation, and face-to-face situations with military personnel are all to be expected, according to the ministry. “If you are injured or ill, keep your condition private and seek treatment from the control room, helpline, or WhatsApp,” the ministry said. To save battery, it is recommended that you delete all extra apps from your phone and limit chats to low volume or audio mode, it added. Moreover, the ministry advised the Indians to remain indoors, ideally in designated zones, basements, and bunkers. “If you find yourself on the streets, stay to the sides of the road, close to buildings for protection, crouch low to avoid being seen, avoid crossing streets, and stay away from city centres and downtown districts. In metropolitan locations, use extreme caution when turning around street corners, “ the Ministry of Defence statement read. “Learn two or three Russian sentences (e.g., we are students, not combatants, please do not harm us, we are from India),” it said. “To maintain good blood circulation, it is recommended that you undertake regular deep breathing and modest limb movement.” the ministry advised. “Pack the bare minimum of personal belongings (other than the emergency kit) in a small backpack appropriate for a long journey or walk,” the Ministry of Defence said. It also said to be prepared to move on short notice and not to carry huge bags to prevent slowing down, tiredness, and crowding. If halted by a military checkpoint, police or armed personnel, cooperate, obey, and raise your hands with open palms facing front above your shoulders, it advised. “Remain polite, supply required information, and, whenever possible, contact the Control Room or helpline without confrontation,” the ministry advised. It stated that evacuation movements should be coordinated with authorities and supervised by a control room or helpline. The Ministry of Defence also produced a list of don’ts for Indians stranded in Kharkiv. “Don’t step out of the banker, basement, or shelter. Avoid going to downtown or congested places. Joining local demonstrators or militias is not a good idea. Keep your social media comments to a minimum,” it advised. The Ministry of Defence recommended against picking up weapons, unexploded ammunition, or shells. It also said that no photos or selfies should be taken with military vehicles, troops, soldiers, checkpoints, or militia. “Do not attempt to record live combat events. If you hear warning sirens, get to a safe place as soon as possible. If you’re out in the open, lie flat on your stomach with your backpack over your head,” it said. According to the Ministry of Defence, do not set fires in enclosed spaces, do not drink alcohol, and avoid substance abuse. “To avoid chill blains or frostbite, don’t use wet socks. Remove your shoes as much as possible and dry your wet socks and other possessions,” it instructed. It urged to avoid unstable or damaged structures and be aware of falling or flying debris. “To avoid harm from flying glass during explosions or gunfire, stay away from glass windows. If you’re stopped at a checkpoint, don’t start reaching for goods or documents in your pockets unless you’re told to,” the ministry said. According to the Ministry of Defence, when faced by armed people, do not make quick or jerky movements.