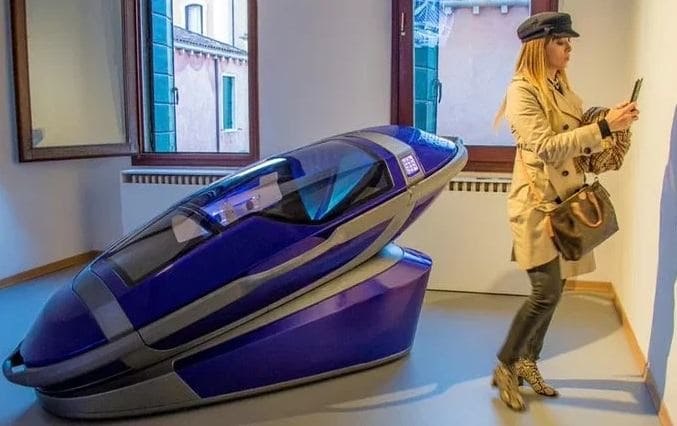 Bern: To aid a peaceful death for people looking forward to end their lives due to a prolonged medical condition, Switzerland has legalized a ‘suicide machine’, named Sarco, that helps users to die in peace and that to without pain.

The ‘suicide capsule’ induces hypnoxia and hypocapnia (the state of inadequate oxygen supply at the tissue level and reduced carbon dioxide in the blood leading to death). Shaped like a coffin, the euthanasia device allows its occupant to bring the oxygen level inside the glass capsule down to a critical level with just the blink of an eye, according to an Independent report citing the machine’s creators.

As per the publication, the entire process takes less than a minute and allows the person to die “relatively peacefully and painlessly”. It is the latest example of advances in euthanasia machines, which are devices specifically engineered to allow an individual to die quickly with minimal pain in countries where voluntary euthanasia or assisted suicide is legal.

The Sarco ‘suicide machine’ was invented by Dr Philip Nitschke, dubbed ‘Dr Death’, and is short for “sarcophagus”. True to its name, the device literally serves as a tomb for its occupant, as the biodegradable capsule can detach itself from the base of the machine in order to serve as a coffin