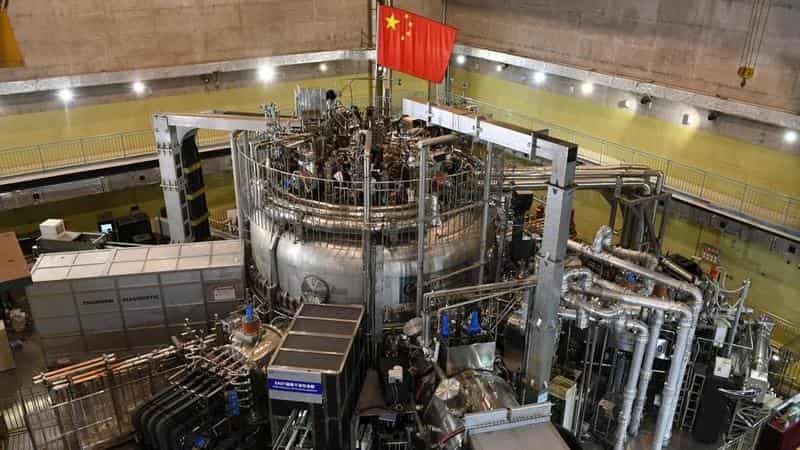 Digital Desk: The world’s first nuclear fusion reactor, named “artificial sun,” has been turned on in China. For more than 17 minutes, the reactor can hold the record for maintaining temperatures five times higher than the real sun, a media report said.

If the claim is correct, then it will have a great impact on China’s renewable energy. As per reports, China has spent $943 billion on the project and the main motive is to create a limitless source of clean energy by replicating processes similar to those seen in stars like our sun. The trial of the project is scheduled to be in June 2022.

As scientists say, nuclear fusion could help humanity maximize renewable energy output. However, such technology is extremely difficult to develop; nuclear fusion reactors can only create energy under laboratory circumstances after decades of development. This method does not require fossil fuels and creates no hazardous waste, unlike the nuclear fission process that powers commercial nuclear energy production.

Nuclear fusion reactors fuse atomic nuclei to produce massive amounts of energy, which can then be transformed into electricity using physics similar to big stars like our sun.
In essence, this is the end of our energy problems. In addition, nuclear fusion is more environmental friendly and cleaner than current technologies since it eliminates the need for fossil fuels and hazardous waste.

As per the Independent report, a group working on a similar project in France called the International Thermonuclear Experimental Reactor would receive technical assistance from China’s nuclear fusion team (ITER). When completed, the ITER will be the world’s largest reactor.

Similarly, as part of its “green industrial revolution,” the United Kingdom plans to build a nuclear fusion power station, with a shortlist of five potential sites announced last month.