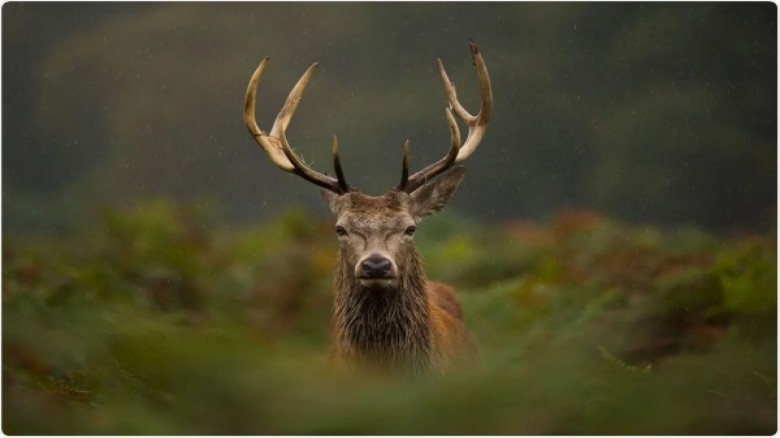 Drooling, poor coordination, tripping, depression, paralysis, and behavioral abnormalities are all possible signs of Chronic wasting disease (CWD) that causes a deer to lose its fear of humans and other predators.
Digital Desk: The deer population in western Canada is being threatened by a mysterious, crippling, and extremely contagious disease spreading like wildfire.
According to VICE World News, the epidemic of chronic wasting disease (CWD) is rampaging among deer populations in the prairies and parklands. It is a worry in two Canadian provinces, Alberta and Saskatchewan.
Chronic wasting illness, often known as zombie disease, is a chronic disease that affects deer, elk, moose, sika deer, and reindeer, according to the US Center for Disease Control (CDC). Animals of all ages are vulnerable to sickness, which can be deadly. Unfortunately, there are currently no therapies or vaccinations available for the condition.
In the late 1960s, the disease was discovered in a captive deer at a research institution in the United States. The research then expanded to wild populations in Colorado, Wisconsin, Nebraska, Oklahoma, Kansas, South Dakota, Minnesota, and Montana. The disease was originally discovered in Canada in 1996 on an elk farm in Saskatchewan. It then spread across the population in the wild. The first occurrence in Alberta was verified in 2005.
Margo Pybus, a researcher and wildlife disease specialist with the Alberta government's fish and wildlife division, said that CWD is now creeping on the eastern fringes of Edmonton, Red Deer, and Calgary.
Even though the virus has largely been identified in Alberta and Saskatchewan, Manitoba was the first province to record a case last year.
The question arises here, Can this disease spread among humans or not?
According to the CDC, humans can contract the disease if they eat an infected deer or moose. Hunters are prone to sickness since the pathogen can enter their bodies through inappropriate carcass handling. They could even become infected by eating deer meat.
There have been no human cases of CWD reported to date. On the other hand, the CDC recommends testing the deer before eating it and not eating the meat if it tests positive.
Also Read: Real Life Hachiko: Dog refuses to leave the side his owner who was killed by Russian troops