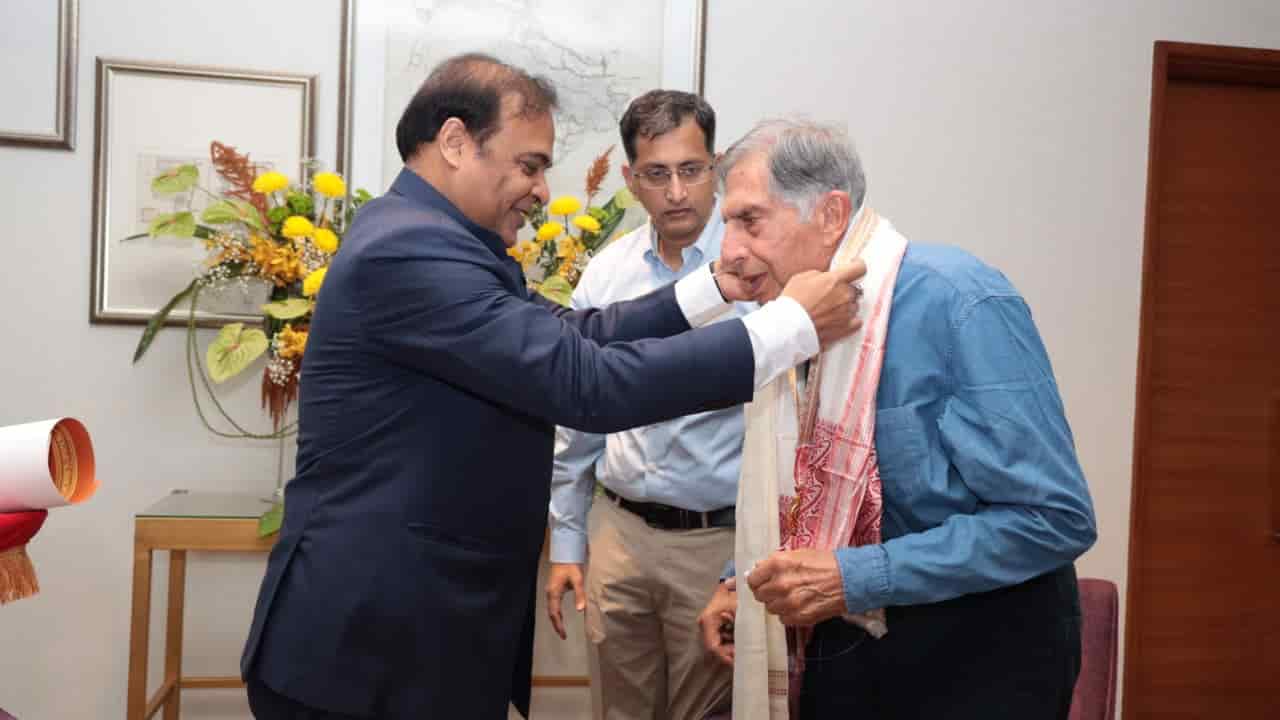 Digital Desk: At a function in Mumbai on Wednesday, Assam chief minister Himanta Biswa Sarma honoured prominent industrialist and Tata Trust Chairman Ratan Tata with the state’s highest civilian award, the ‘Assam Baibhav.’ Assam Chief Minister conferred the state’s highest civilian award to Tata in a function held at Kolaba, Mumbai. Tata received the prize for his outstanding contribution to cancer care in Assam. It comes with a citation, a medal, and a monetary prize of Rs. 5 lakh. Tata was supposed to receive the award during a ceremony on January 24 at Assam, but he could not attend the award ceremony due to personal circumstances. “Ratan Tata has made a remarkable contribution to develop the cancer care in Assam.” Sarma said. On January 24, Governor Jagdish Mukhi presented 18 additional notable individuals in various disciplines with the state’s two other civilian honours, the ‘Assam Saurav’ and ‘Assam Gaurav.’ Earlier this year, the Assam government presented 18 remarkable individuals from various areas with the state’s three highest civilian honours. Ratan Tata, however, was unable to attend the award ceremony, which took place on January 24 in Guwahati’s Srimanta Sankaradev Kalakshetra. Ratan Tata was previously awarded the Padma Vibhushan in 2008 and the Padma Bhushan in 2000. Also Read: The government of Assam announces three prestigious awards