Google is honouring the football event with an animated Doodle. It has also released an online multiplayer game for...
Digital Desk: 2022 FIFA World Cup is on!  The biggest football event on the planet is due to begin today at 9:30 p.m. IST with a match between hosts Qatar and Ecuador. Google is commemorating the occasion with an animated Doodle.
It depicts two animated football boots kicking the ball. When the individuals click on the Doodle, they will be sent to the World Cup Qatar 2022 page, which has all of the event's details.
Would you like to participate yourself?
On your mobile device, search "World Cup Qatar 2022" to compete against other players in our multiplayer online game. To help their preferred team score the most goals, people from all across the world can collaborate.
When a real-world match is scheduled for the World Cup, it will show up in the game menu. Choose the match and the team you want to root for, then join forces with other supporters to rack up the most virtual GOALS...
The dupe match will conclude with a winner when the final buzzer sounds in the actual match!
Check out the directives to play the Game:
Step 1: Choose the game between the two nations as the first step. 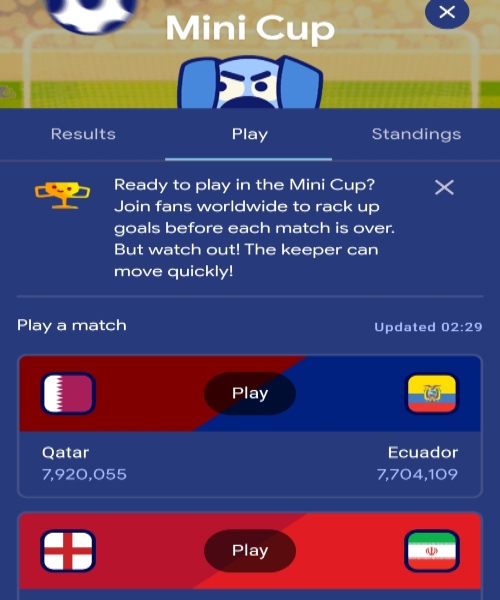 Step 2: Select the blue ball that appears on the screen by clicking it. 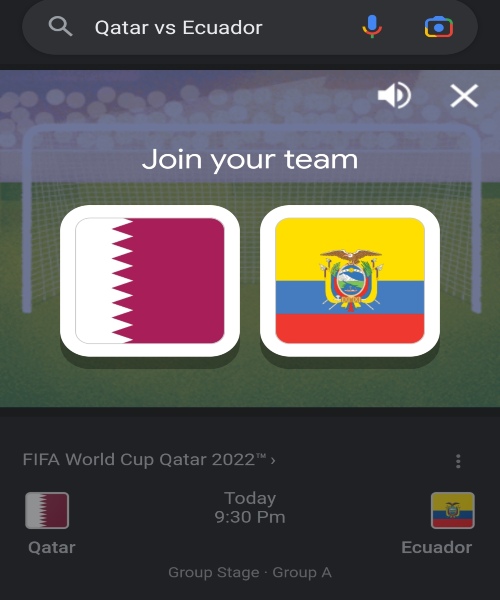 Step 3: A fresh window will open, Choose your team. 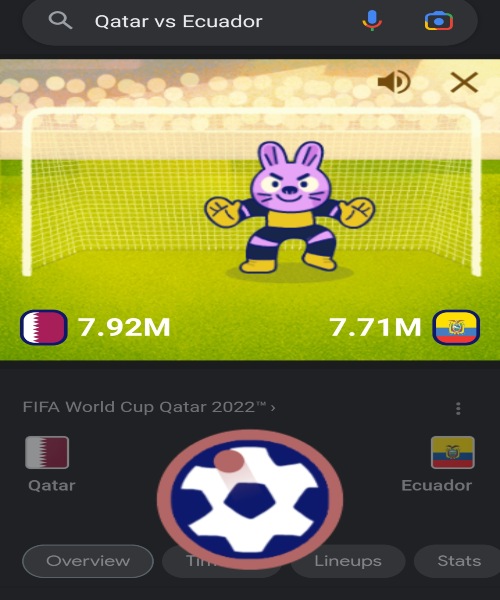 Step 4: The game starts after selection, and all you have to do to score is push the ball in the direction of the goalpost. 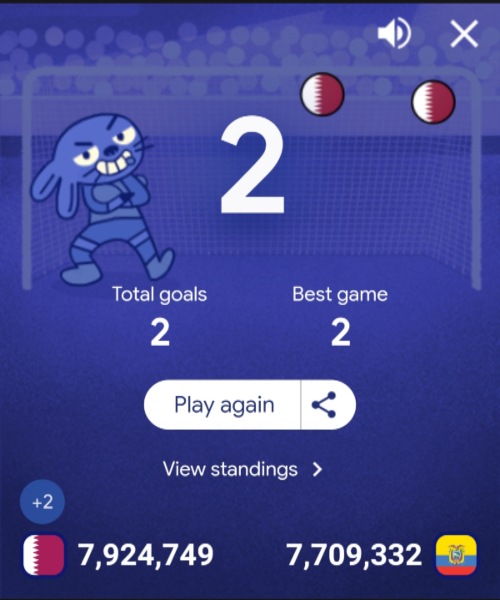 Step 5: You lose the game if your ball is grasped. 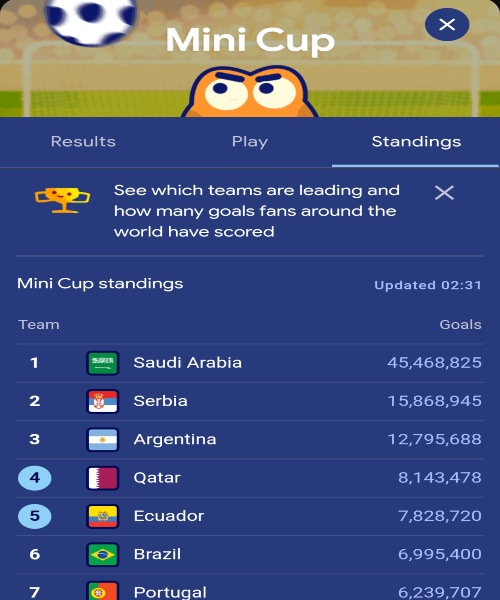 One of the world's greatest football games is the FIFA World Cup, a joyful celebration of the beautiful game. Players from the national teams of 32 nations will participate in a series of elimination matches over the course of the following month, which will conclude on December 18 with the crowning of one national team as the 2022 World Cup Champion.
The 2022 edition of the tournament is notable in that it is being held outside of the regular summer slot to avoid Qatar's scorching heat. In Qatar's demanding conditions, fitness and player tiredness will be crucial. Furthermore, this year's World Cup is Lionel Messi and Cristiano Ronaldo's final chance to win a World Cup. Messi aged 35, and Ronaldo being 37 years old, are set to make their final appearances on the world's largest stage in Qatar. For the visitors, KL Rahul played a lone hand (73 off 70 balls).
Digital Desk: India put on a subpar batting performance against Bangladesh in the first ODI of the three-match se