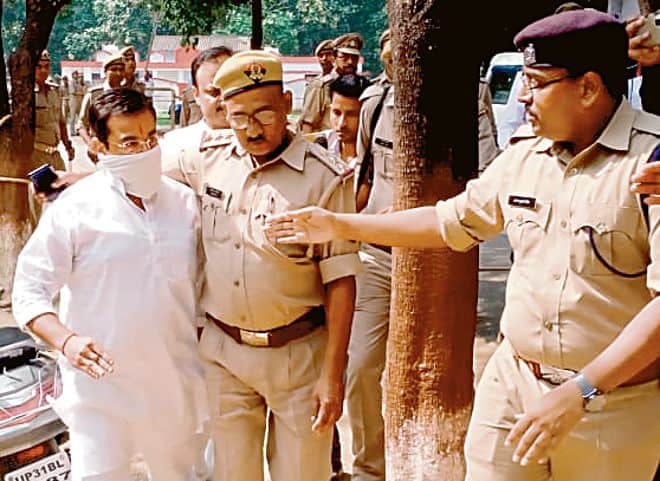 Police officer Upendra Agarwal stated that Ashish was taken into custody on Saturday. The special investigation team (SIT) questioned the minister’s son Ashish for around nine hours on Saturday. The news of the arrest came after the question hours by SIT.

At least eight people were killed on October 3 in Lakhimpur Kheri, Uttar Pradesh (UP). The violence took place during a farmer’s protest.

Farmer leaders claimed a car the minister owned ran over a group of protesting farmers in UP. They stated the minister’s son was on the wheels at the time.

However, minister Ajay Mishra denied the claim. Ajay Mishra stated that the car was driven by ‘our driver.” He added that the driver lost his control and hit the farmers.

The driver and three members of the ruling Bharatiya Janata Party (BJP) were all killed by the protesters in the violence that broke out after the violent incident.

The police officer, Agarwal, stated that Mishra was arrested after “he failed to provide any supportive proof to justify that he was not present in any of the three vehicles that pushed through a crowd of farmers killing four of them”.

The news of questioning and arrest came a day after Supreme Court criticised the state government for not arresting Ashish Mishra.

On Friday, the minister’s son had made the police wait for hours for questioning. Later as a message was sent that he was sick and could not make it.

Earlier this week, police stated they had detained six people. A criminal complaint against them and Ajay Mishra was filed.

In contrast, the state ruling party also filed a complaint against the farmers. BJP filed the case for the death of their driver and other members.

In connection with the case, police also recovered a dead body of a local journalist. However, details regarding his death were not made clear so far.

This violent incident increased the outrage of farmers who have been protesting against agriculture laws. Earlier this week, numerous farmers protested in New Delhi to mark one year of the demonstration.

I will do something for the welfare of the poor people that will make you proud: Aryan Khan