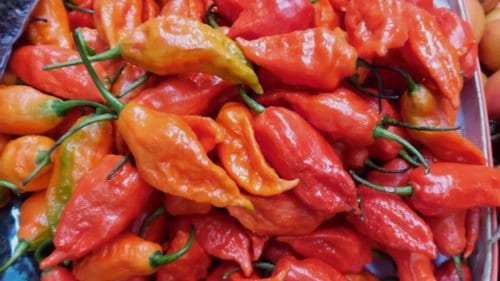 Guwahati: For the first time, Nagaland’s ‘Raja Mircha’ also popularly known as king chili was exported to the markets of London via Guwahati by air on Wednesday.

The consignment of King Chilli is additionally recognized as the world’s hottest chili in terms of Scoville Heat Units (SHUs). In 2008, the product received its GI certification.

The batch was sourced from Tening, a section of Peren district, Nagaland, and was gathered and packed at APEDA ( The Agricultural and Processed Food Products Export Development Authority) assisted packaging house at Guwahati.

The particular Raja Mircha is also known with different names such as Ghost Pepper and Bhoot Jolokia. The term ‘Bhoot Jolokia’ is used mostly in local areas by the commoners.

APEDA aims to continue its focus on the north-eastern section and has been conveying promotional drives to place the part of the nation on the leading export map.

APEDA additionally supported the export of Tripura jackfruits to London and Germany, including Assam’s kaji lemon to London. They have also helped in exporting Assam’s red rice to the US, and Leteku ‘Burmese Grape’ to Dubai in 2021.