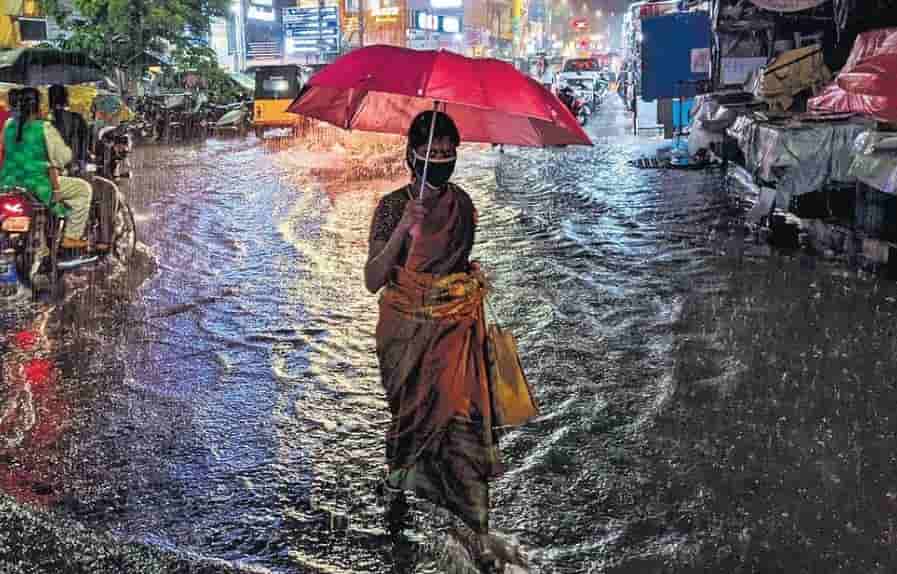 Many places have reported inundation along with heavy traffic snarl. A report of three people dying due to electrocution has also been reported.

The three people who died due to electrocution have been identified a 70-year old Tamilarasi from Otteri areas, a 45-year-old woman hailing from Uttar Pradesh in Puliyanthope and a 13-year-old boy in Mylapore.

At least 106 streets in Chennai are reported to be water logged due to the heavy rainfall. The rainwater shall clear once the rainfall stops, said K.K.S.S.R Ramachandran, Tamil Nadu Revenue and Disaster Management Minister, while speaking to the media.

Tiruvallur, Kanchipuram and Chengalpattu too have reported water logging after heavy rainfall lashed the districts.

The IMD has forecasted heavy rainfall over coastal Tamil Nadu, Puducherry and Karaikal on Friday and Saturday and over south coastal Andhra Pradesh till January 1.

Meanwhile heavy rainfall activity has been predicted over south-east peninsular India during the next three days and a decrease thereafter.