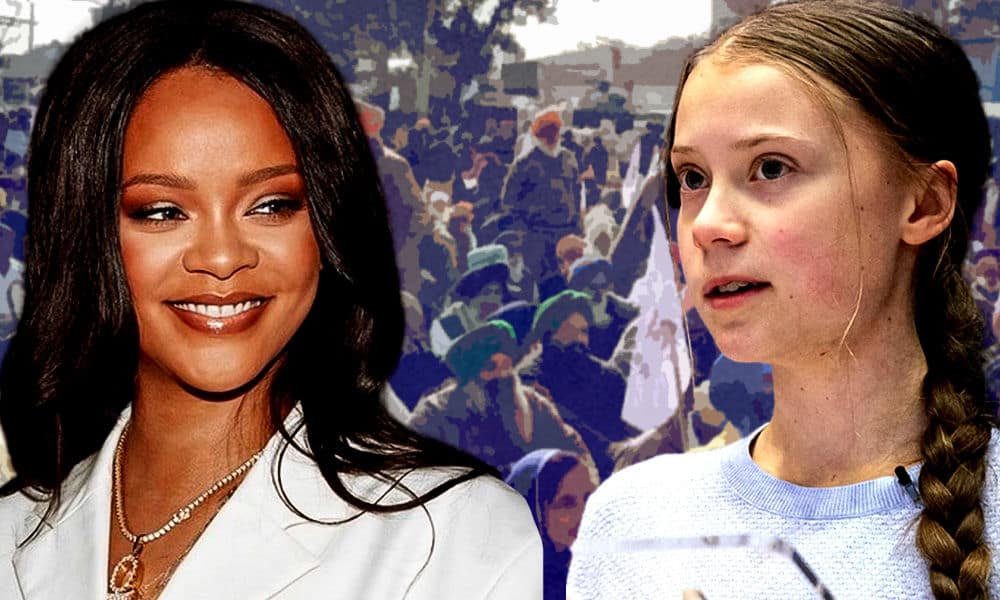 New Delhi: The long going farmers protest at the borders of Delhi has gained support of international pop singer Rihanna and Swedish climate activist Greta Thunberg. Both the international figures have extended their support to the agitation primarily underway at Delhi’s borders against the contentious agricultural reform laws.

The Swedish climate activist and this year’s Nobel Peace Prize nominee Greta Thunberg via Tweet said, “We stand in solidarity with the #FarmersProtest in India.” She shared a news article highlighting the central government’s crackdown on the farmers by cutting off internet services in many regions.

Hours before Thunberg’s tweet, Hollywood star Rihanna also asked: “Why aren’t we talking about this?!” The singer attached a CNN news report on the protest.

For the past two months, farmers mainly from Punjab, Haryana and western Uttar Pradesh have been camping at Delhi’s borders demanding the repealing of the contentious farm laws legislature by the central government. The agitation took a turn for the worst when a group of protesters deviated from the route of the farmer’s Republic Day Tractor Parade and attacked Delhi Police personnel in ITO before storming the Red Fort.