Kangana calls Taapsee Pannu a ‘B grade actor’ and ‘burden’ 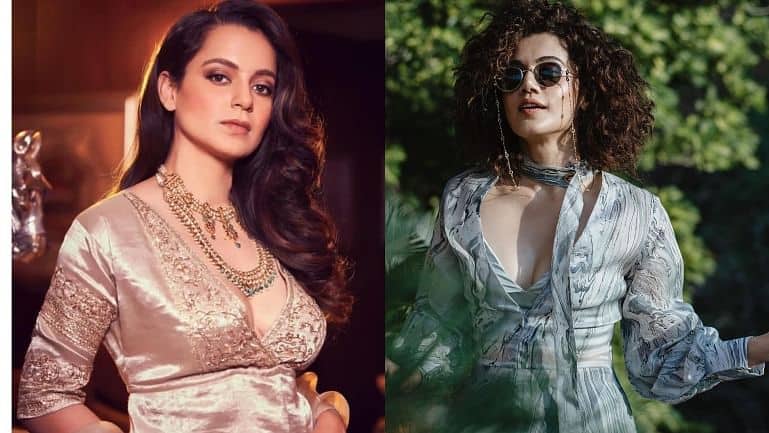 Mumbai: Bollywood actress and controversy queen Kangana Ranaut has called fellow actress Taapsee Pannu a ‘B grade’ actor and a ‘burden’. The comments follow after Taapsee’s indirect comment about the ‘India against propaganda’ social media hashtag.

Kangana in her response to Taapsee’s comments, described her as a ‘B-grade’ actor, and a ‘freeloader’. Kangana on Wednesday was involved in another Twitter back-and-forth with singer-actor Diljit Dosanjh, who supported Rihanna publicly.

In another tweet, Kangana added, "Yeh her only achievement is it be a sasti copy (cheap copy).... since she styled herself like me people started noticing her, librus r happy to find not just sasti also atrocious, ugly and more than willing to be anti national as well, Never saw such a wannabe,desperate and clueless moron..."