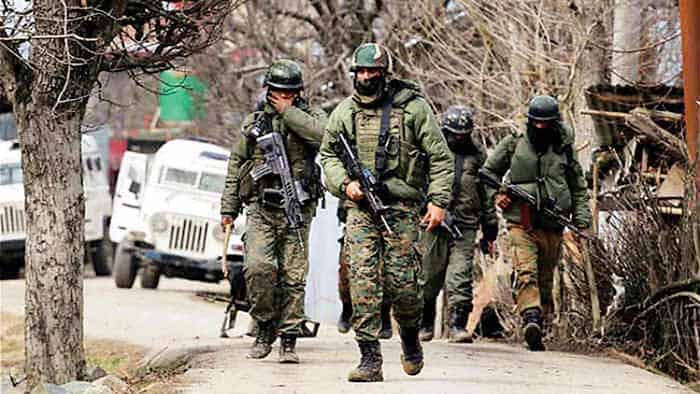 Srinagar: In two separate encounter five terrorists were gun down by the security forces in Jammu and Kashmir on Friday.

In the area of Awantipora, two terrorists were eliminated by the security forces. “The operation is still underway,” news agency ANI quoted the Inspector-General of Police as saying.

The encounter began at around 8am at Nowbugh and the area has been cordoned off by the security personnel.

Three terrorists have been killed in Shopian district where security forces are engaged in a fierce battle with terrorist for more than 12 hours.

According to the ANI report, two more are inside a mosque and still firing from inside.

Chief of proscribed terrorist outfit Ansar Ghazwat-ul-Hind (JeM) is among the terrorists in the Shopian district. However, as the identity has not yet been ascertained of deceased terrorists, it is not known if he is still inside the mosque.

Inputs from security personnel suggests the presence of more terrorist inside the area following which the area has been cordoned off.

It is a developing story more details are awaited regarding the gun-fighting.

This is because humans do not like change and being with the same person allows us to open up in ways that we can't alone, or in a series of flings.

As soon as the COVID-19 outbreak was finished, th