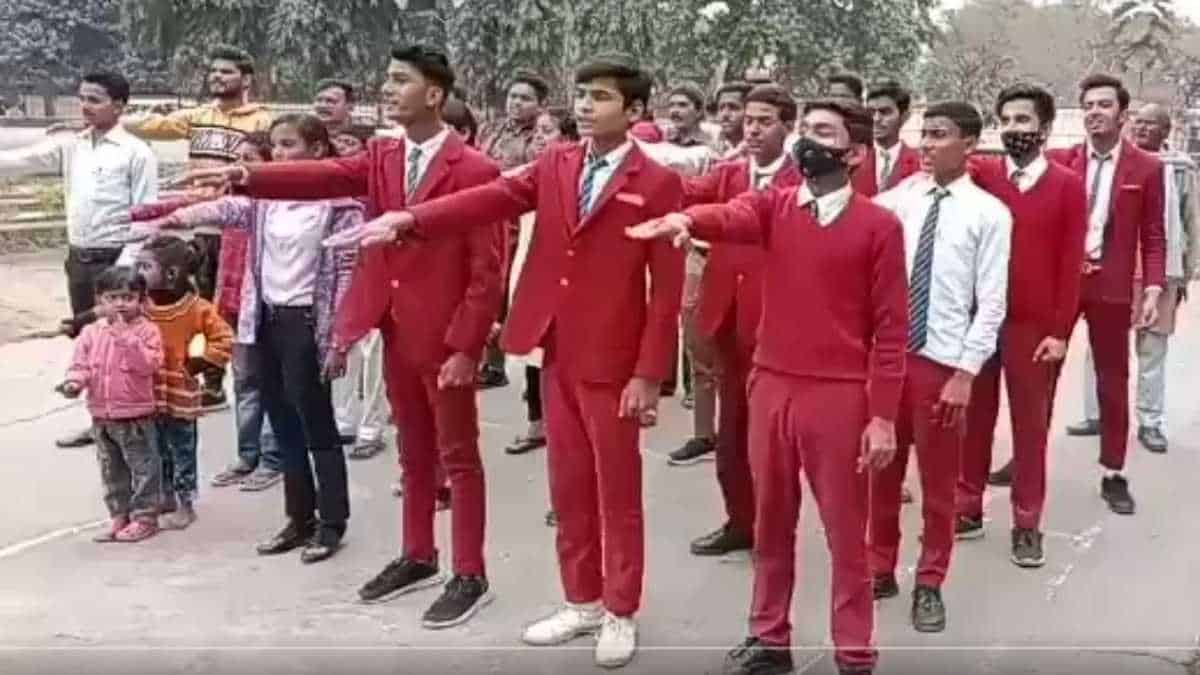 Digital Desk: Amidst ongoing hate speeches row, school kids in Uttar Pradesh were reportedly made to take a anti-minority pledge 'Hindu Rashtra'. A video of the incident has gone viral on social media, creating controversy among the masses.

Students of a school in Sonbhadra, Uttar Pradesh, repeated anti-minority pledge to make India a Hindu nation. The oath stated to "fight, die and if required kill" to turn India into a Hindu Rashtra.

The oath was administered to schoolchildren at Nehru Park in UP's Sonbhadra district. It ended with slogans of "Bharat Mata Ki Jai", "Vandre Mataram", and "Jai Hind."

"We promise to work towards making India and keeping India a Hindu Rashtra. We will fight for this, die for this, and if required, kill for this. But we will not back down even for a moment, no matter the sacrifice. May our ancestors, teachers, Mother India give us enough strength so that we can fulfill our pledge. May they give us victory," the pledge stated.

The children, dressed in their school uniforms, had gathered in the park after school hours. Some kids visiting the park with their parents were also part of the oath-taking event.

The video came as controversy rages over anti-Muslim speeches made at the Dharam Sansad held at Haridwar and Chattisgarh.

Police said they are investigating the video's authenticity and would take stringent actions accordingly.