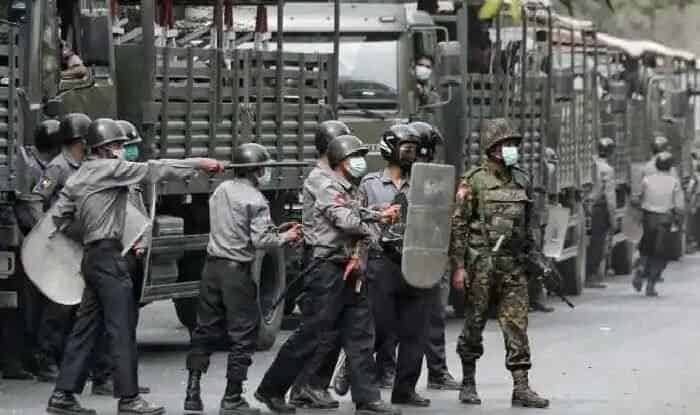 Aizawl: At least three police officers have escaped the military junta and are taking refuge in Mizoram.

As per reports, the three policeman have been sheltered near Lungawlh in Sercchip district of Mizoram.

This is the first ever case of police fleeing from Myanmar. Moreover, there have been several other instances of police joining the civil disobedience movement and protests against the junta.

The Myanmar police officers have not applied for asylum but have been sheltered on “humanitarian grounds”, stated the home department official.

The airline confirmed the event and stated that the passengers involved in the brawl were deboarded.
Digital Desk: In a frightening occurrence, a group of women engaged in a violent fight over a window seat aboard a GOL Airlines jet

Meenakshi Sengupta, a patient in the United States, has reported American Airlines to authorities for "mistreating her and wrongfully deboarding her from the aeroplane when she requested assistance carrying a bag weighing more than 5 pounds."