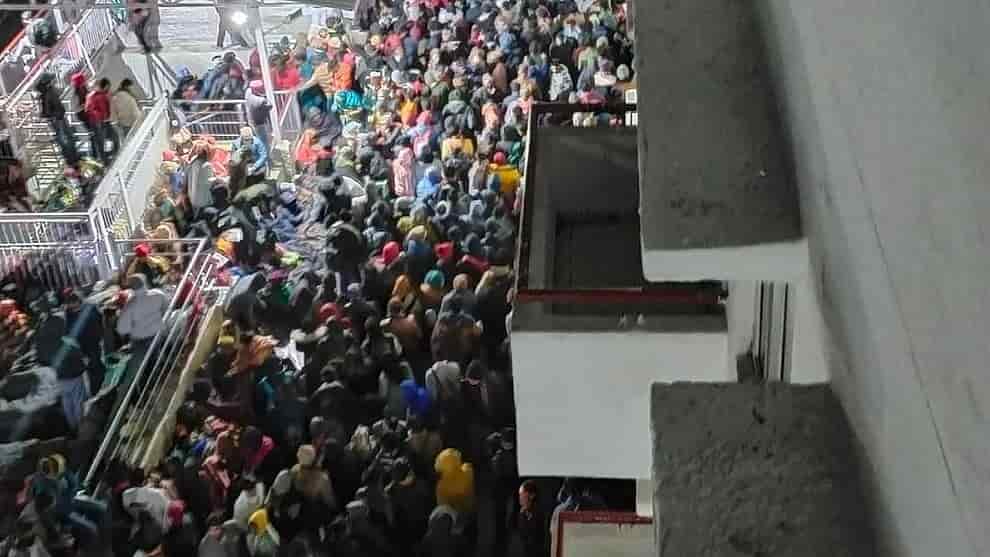 Digital Desk: At least 12 pilgrims have died and 14 others received grievous injuries in a stampede at Vaishno Devi shrine on New Year’s eve.

A massive rush to the shrine triggered the stampede, officials said while speaking to the media.

Prime Minister Narendra Modi is “personally monitoring and keeping track” of the tragic situation, an official from the PMO office confirmed.

Additional Director General of Police, Mukesh Singh, confirmed that 12 pilgrims have died and at least 14 injured in the stampede. “The injured have been taken to a hospital,” added the official.

The stampede occurred right outside the sanctum sanctorum of the shrine on Trikuta hills. A high-level inquiry into the tragic incident has been initiated, said Jammu and Kashmir Lt Governor Manoj Sinha.

Officials said that a huge rush was witnessed on the New Year’s Eve, who had arrived at the shrine to pay their obeisance to the Goddess. A large group of devotees also entered the Bhawan without permission slips, said one of the investigating official.

Also read: In Mausoleum: Famous Personalities of India and the world who left for their heavenly abode in 2021

The rescue op began immediately after the stampede broke out. The injured were taken to the hospital where the condition of the few are said to be “critical”.

Meanwhile an ex-gratia of Rs 10 lakh for the next of kin of those who lost their lives in the tragic stampede at Vaishno Devi has been announced, and Rs 2 lakh each for the injured, said J&K LG Manoj Sinha.