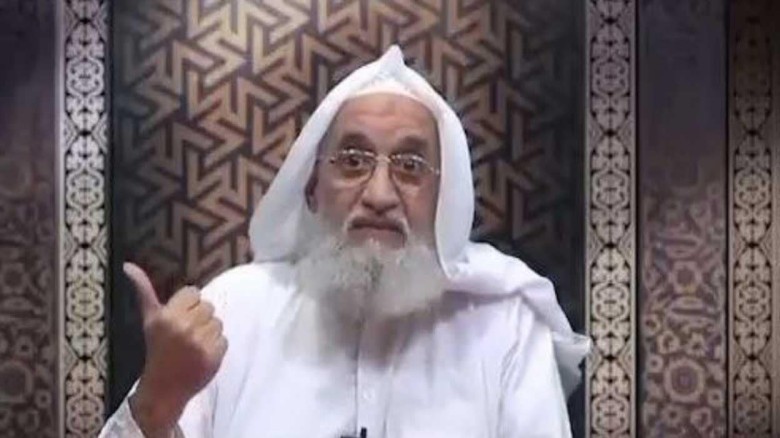 In a video message, the world’s most-wanted jihadist since September praised college student Muskan Khan for confronting a group of students who raised objections to her for wearing a burqa to the educational institution.

Digital Desk: In a major cause of concern, Al Qaeda chief Ayman al-Zawahiri has insisted Muslims in India to speak out about the recent hijab controversy in Karnataka.

Moreover, in a video message, the world’s most-wanted jihadist since September praised college student Muskan Khan for confronting a group of students who raised objections to her for wearing a burqa to the educational institution. Following this, she had yelled “Allahu Akbar” slogans in response to the students’ “Jai Shri Ram” chants.

In addition, the al-Qaeda chief recited a poem in praise of Muskan and lashed out at countries such as Pakistan and Bangladesh for prohibiting hijab.

In the video titled ‘The Noble Woman of India,’ Zawahiri stated that he chose to write a poem after “a sister” (Muskan) as he was impressed by her act of raising “cries of Takbeer.”

Notably,  Al-Qaeda chief Ayman al-Zawahiri had appeared in a new video after there were reports that he had died.

The Karnataka High Court upheld the restriction on wearing hijabs in school and college classrooms while rejecting a slew of petitions filed by Muslim girls studying in pre-university colleges in Karnataka’s Udupi district seeking the right to wear hijabs in class. The court stated that the hijab is not a necessary religious practice in Islam in its judgment.

Meanwhile, the All India Muslim Personal Law Board (AIMPLB) filed a petition in the Supreme Court, expressing dissatisfaction with the High Court decision.

In the meantime, just as the hijab controversy seemed to be dying down in Karnataka, the ‘halal’ controversy erupted across the state.

After Muslim traders staged a bandh to protest the Karnataka High Court’s decision on the hijab issue, several Hindu organizations and BJP leaders, including CT Ravi, proposed the prohibition of halal meat.