Nawaz Sharif to return to Pakistan after Eid: PML-N leader 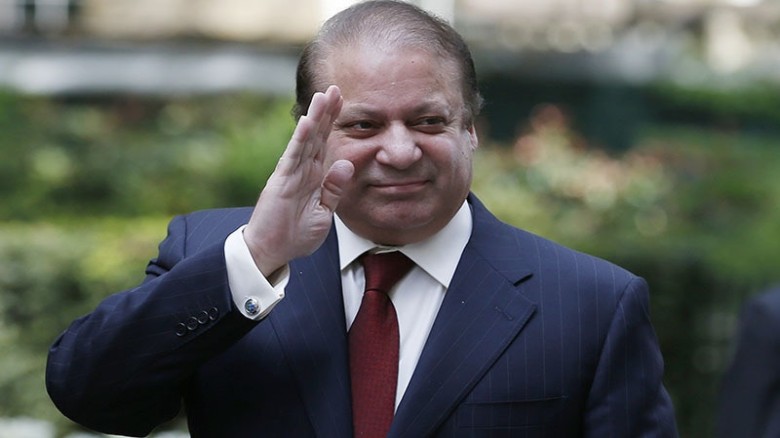 Notably, ousted Prime Minister Imran Khan’s government has filed several corruption cases against the 72-year-old supremo of the Pakistan Muslim League-Nawaz Sharif since his removal from office by the Supreme Court in the Panama Papers case in July 2017.

Digital Desk: Deposed Pakistan Prime Minister Nawaz Sharif is expected to return from London after Eid next month, a senior PML-N leader said, amid a new wave of political developments that have engulfed the country since Imran Khan’s humiliating ouster from power.

The Express Tribune stated that all decisions would be discussed with the coalition’s constituent parties first.

Notably, ousted Prime Minister Imran Khan’s government has filed several corruption cases against the 72-year-old supremo of the Pakistan Muslim League-Nawaz Sharif since his removal from office by the Supreme Court in the Panama Papers case in July 2017.

Sharif left for London in November 2019 after the Lahore High Court granted him four-week permission to travel abroad for treatment.

He had given an undertaking to the Lahore High Court, citing his record, to return to Pakistan and face the process of law and justice within four weeks or as soon as doctors declared him healthy and fit to travel.

Sharif was also granted bail in the Al-Azizia Mills corruption case, in which he had been imprisoned for seven years in Lahore’s Kot Lakhpat jail.

Further, speaking on the country’s political turmoil, Latif stated that the coalition government would not last more than six months and that the only solution to the current problems was to hold new elections.

“However, the task of election reform had to be completed before the elections,” he clarified.

He stated that the issues concerning electronic voting machines (EVMs) and overseas voting rights are two of the most pressing issues that must be addressed as soon as possible. “EVMs are susceptible to external interference, and this system, like RTS, is easily tampered with.  As for overseas Pakistanis, exclusive seats can be created to elect their own representative, similar to the seats in Kashmir where seats are reserved for migrants,” he said.

Notably, Sharif’s return to Pakistan has once again made headlines in the country after ex-prime minister Imran Khan became the country’s first premier to be voted out of power in a no-confidence vote held early Sunday.

The Joint Opposition’s no-confidence motion, which needed 172 votes in the 342-member parliament to pass, was assisted by 174 lawmakers on Sunday, effectively ending Khan’s tenure as prime minister and seemingly bringing an end to Pakistan’s protracted political crisis.

The much-anticipated vote came on the heels of the National Assembly’s perpetually drawn-out session, punctuated by long adjournments amid high political drama and unsubstantiated swirling speculation gripping the nation.

On Thursday, Sharif praised the Supreme Court for restoring the National Assembly after the deputy speaker dismissed a no-trust motion against Khan.

“The people of Pakistan are grateful to God that this decision has been made.  The premier caused Pakistan’s common people to starve,” he said.

“I’d like to congratulate the entire country.  People have freed themselves of such a person who has ruined the country. He starved the common people. The dollar has reached 200 today, and people are fed up with the country’s inflation,” he said.