87 pigs die near the India-Bangladesh border in Mizoram. 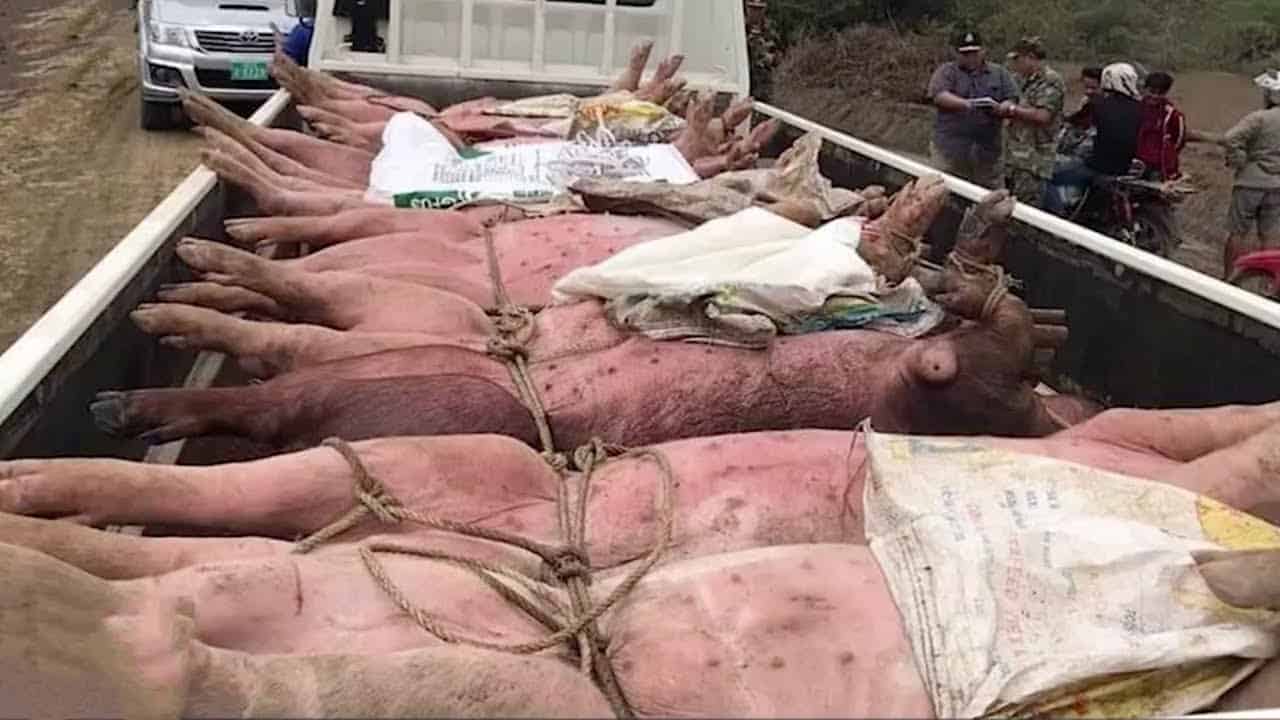 Aizwal: More than 87 pigs died of unknown disease in South Mizoram’s Lunglei district over the last two weeks that is near the India-Bangladesh border.

According the officials, it is suspected that the pigs died of African Swine Flu (ASF) which has caused losses to the tune of Rs 40 lakh.

Joint Director of the Animal Husbandry and Veterinary Department Dr. Lalhmingthanga stated, "Though the cause of the deaths is yet to be ascertained, it is suspected that the animals died due to African Swine Fever (ASF)."

“The first death was reported on March 21, following which veterinary officers were sent to the village to ascertain the cause.” he added.

Although, the confirmatory test for ASF is yet to be done at the National Institute of High Security Animal Diseases (NIHSAD) in Madhya Pradesh, Lalhmingthanga said.

Further, he said “The preliminary test had done at the College of Veterinary Science and Animal Husbandry on Monday to ascertain whether the dead pigs are suspected to be infected with AFS.”

read also: Duliajan rocked by an incident of rape on a pregnant lady

Lalhmingthanga also said that the government has already sounded alert for ASF in the state and declared Lungsen village as an infected area with prohibitory orders clamped under CrPC Section 144 on April 2.

According to Lalhmingthanga, an investigation team led by Animal Husbandry and Veterinary (Disease Investigation and Epidemiology) Deputy Director M Zohmingthangi will visit Lungsen village on Monday to stake stock of the situation. The team will collect tissue and blood samples to be sent for tests.

Further, Lalhmingthanga said that the disease was suspected to be transmitted through the import of pigs and smoked pig meat from the neighboring states.

The first death was reported near hotels where imported pig meats were largely consumed.

Earlier, the MNM's official website stated that the party had decided to join with Congress ahead of the 2024 Lok Sabha elections...

Digital Desk: The official website of the Makkal Needhi Maiam (MNM) party, which is led by actor-turned-politician Kamal Haasan

Pakistan's finance minister said that Allah is responsible for the country's prosperity and development as it was created in the name of Islam...