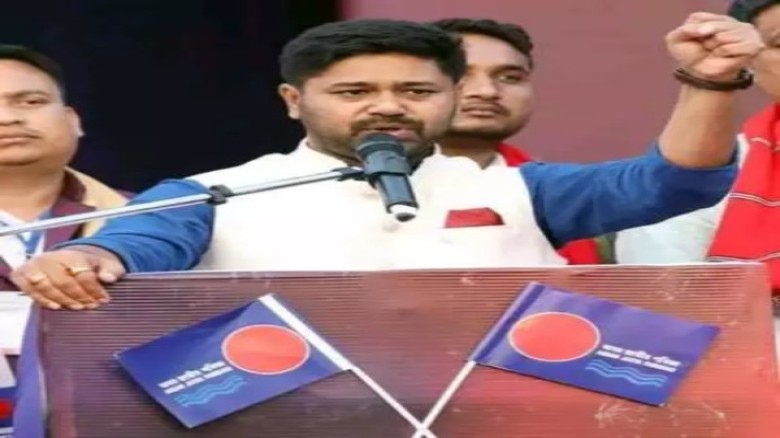 Aspirational initiatives such as the Metro project, Smart City, and others, on the other hand, remain a faraway dream for the people of the state.

Digital Desk:  Assam Jaitya Parishad (AJP) president Lurin Jyoti Gogoi hurdled up with a bundle of questions regarding the development of Guwahati in front of the ruling party BJP and then ruling party Congress.

The head of a political party raised these questions at a time when various political parties were actively campaigning for the Guwahati Municipal Corporation elections. These questions were raised digitally by Lurinjyoti Gogoi, the chief of AJP, who is contesting the elections with all his strength.

According to the AJP chief, these questions should be actually raised by every resident of Guwahati, and the ruling party needed to answer these questions.

The various question raised by Lurinjyoti Gogoi are- What happened to the project that aims to develop Guwahati as a smart city? Why there's yet no plan to provide clean drinking water to every household? Who embezzled Rs 450 crore for the CC TV camera installation project? Has anyone embezzled funds from the four water supply schemes launched in 2009? Why is Deepor's beel being pushed to the brink of destruction? Why there's no plan adopted for a revival of the Bharalu River? Why are 70% of Guwahati roads still without streetlights?

Sadly, in a metropolitan city like Guwahati, the Congress and the BJP, the two main political parties in the state for the last 20 years, have not been able to eliminate any major problems. Now, while giving the valuable votes, the people must consider the development over the last twenty years.

Remarkably, after repeated announcements, in every election, whether in the Lok Sabha or the Legislative Assembly, or the municipal election, political parties promise the development of Guwahati, but all goes in vain after they come to power. It seems that the promises were made just to collect the people's vote to come into power.

Notably, the government has not been able to implement a single water supply scheme in the past, which has promised to provide safe drinking water to households. Even today, many people in Guwahati are struggling with the problem of drinking water. On the other hand, a large part of the roads in Guwahati is submerged by the slightest rainfall.

Also, most of the places in Guwahati do not have street lights. At night, many places in Guwahati become a haven for criminals for which crimes are growing daily; moreover, the absence of CCTV cameras has added more crimes to the list.

Reportedly, the government has promised the installation of CC TV at various times, although reports from time to time indicate that this work has never been completed and that most of the places where CC TV was installed have been disabled.

Moreover, most of the roads in Guwahati do not have proper footpaths. The city has not been able to provide an adequate drainage system, for which the Guwahatians faces problems like artificial flood and blocked drainage system.

Traffic congestion has become a major problem for metropolitan people. To address this problem, the government has now started the construction of overpasses in various places. However, the flaws in the planning of these bridges have been observed to worsen the problem.

In addition, the role of the government in maintaining and protecting the wetlands around Guwahati, including the Deepor Beel, has been reported to be failing, and most of the places are now under eviction.

On the other hand, aspirational projects like the Metro project, Smart City, etc., are still a distant dream for the state's people.

Also Read: Assam govt to present Cabinet proposal to issue aadhaar for those whose NRC biometrics were locked