From April, Price hikes to make a heavy impact on Assam 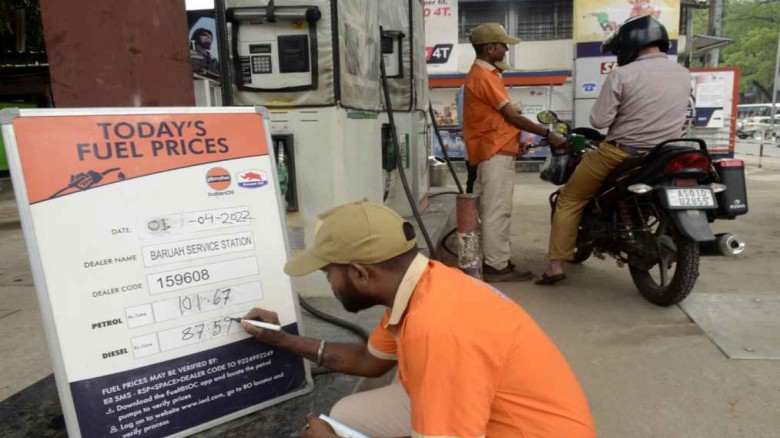 The financial year 2022-23 marked from April 1, with promises to inflict damage to the budgets of all citizens of the country.

Digital Desk: As the financial year of 2022-23 begins on April 1. This budget year is going to hit hard the netizens of Assam. The impact will start with the price hikes implemented on essential commodities, medicines, and fuel, leaving a gaping hole in everyone's budget.

Look at the bucket list to see where the budget will be stretched:

Power Tariff-  From April 1, households in Assam will face an 8% hike in power tariffs, equating to an average increase of Rs 0.59 per unit. By revising the tariffs, APDCL hopes to bridge the revenue gap created by losing Rs 780 crore it suffered in the previous two years due to the COVID-19 outbreak.

Consumers with a "DOMESTIC A" connection who consume up to 120 units per month will now pay Rs 5.30 per unit, up from Rs 4.9 before, and Rs 60 as a fixed rate per kilowatt, slightly higher compared to Rs 10 previously.

Power consumption between 120 and 240 units per month will result in a payment of Rs 6.60, a 45-paise increase. In addition, consumers have to pay a fixed price of Rs 60, an increase of Rs 10. Similarly, the variable prices for the "DOMESTIC B" category are hiked by 60 paise to Rs 7.15 per unit. In addition, the fixed price had increased to Rs 60.

Power consumption between 120 and 240 units per month will result in Rs 6.60, a 45-paise rise. Consumers might be supposed to pay a fixed price of Rs 60, an increase of Rs 10. Similarly, the variable prices for the "DOMESTIC B" category are hiked by 60 paise to Rs 7.15 per unit. In addition, the fixed price has risen to Rs 60.

Toll Gate Tax -  The enhanced toll rates levied on cars at toll plazas in various areas will take effect on April 1. Toll prices would increase by 15%, according to the National Highway Authority of India (NHAI). Several toll plazas in Assam, including the Sonapur Toll Gate, Raha Toll Gate, Doboka Toll Gate, and others, will now impose a higher toll cost due to the NHAI's amended rates.

Meanwhile, the toll fees for light goods vehicles, minibusses, and light commercial vehicles at the Sonapur Toll Gate have been raised from Rs 185 to Rs 205 for a single trip.

Medicines-  Starting April 1, the prices of over 800 medicines on the National List of Essential Medicines, which are needed to treat most joint disorders, will rise by 10.7%.

For quite some time, the price of commercial LPG has fluctuated every month. For example, it was raised by Rs 105 last month after a drop of Rs 100 in January.

In addition, starting March 22, 2022, the price of home cooking gas has been increased by Rs 50. In Guwahati, a 14.2-kilogram cylinder now costs Rs 998.50. Due to elections in five states around the country, their pricing has remained unchanged since October 2021. However, it was increased by Rs 50 following the elections. Domestic cooking gas costs had already increased from Rs 15 to Rs 25.

Petrol and Diesel-  On Saturday, April 2, fuel and diesel prices were raised for the tenth time in Guwahati.

The petrol price in Guwahati surpassed the century mark on March 30, reaching Rs 100.78 per litre. Prices for petroleum products were first raised by Rs 35 paise per litre by the Oil Marketing Companies (OMCs) in November 2021.

Also Read: Out of 20 Water ATMs in Guwahati, 13 are out of service