In the midst of devastating floods, the Assam government announces an early summer break Digital Desk: The state administration of Assam has pre poned the summer break for all elementary, secondary, senior secondary, and higher secondary schools due to the severe flood situation in Assam. Instead of July 1-31,  schools will now be closed from June 25 to July 25 for the summer break.

The summer break in all elementary, secondary, senior level, and upper secondary schools will now take place from June 25 to July 25, 2022, according to the Secondary Education Department of the Government of Assam. 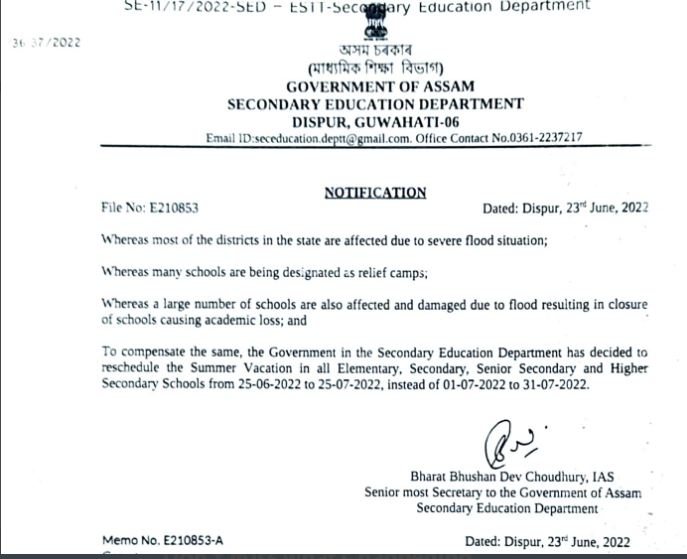 The Assam government said in a formal decree that "several schools in the state are being designated as relief camps, sheltering flood victims and a huge number of them have been harmed and damaged in the flood."

The summer break for all elementary, secondary, senior secondary, and higher secondary schools will now run from June 25 to July 25, as opposed to July 1 to July 31, the government's secondary education department announced.