Sisodia: Centre lied in Parliament that no deaths were caused due to oxygen shortage 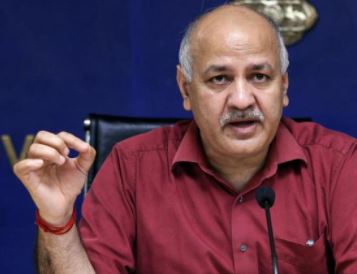 Delhi deputy chief minister Manish Sisodia accused the Central government of “lying” in Parliament that no deaths were caused due to oxygen shortage during the second wave of the Covid-19 pandemic in the country.

Addressing a digital press conference, Sisodia said there was “utter mismanagement” of oxygen supply during the second wave in the country and blamed the Centre’s policies for the “disaster” that unfolded in the country.

“The Centre blatantly and shamelessly lied to the Parliament on Tuesday. There was a genuine oxygen crisis across the country between April 15 and May 10. During this period, there was utter oxygen mismanagement by the Centre because of which, there was chaos in hospitals.

The Centre is now lying to hide its mistakes. It changed its oxygen distribution policy after April 13 which led to a total disaster. The Centre will have to take responsibility for this,” said Sisodia.

“Today, to reinforce that lie, BJP spokespersons held a press conference and bashed non-BJP state governments, including that of Delhi. This has been etched in the history now that when the country was battling a brutal second wave of Covid-19, the Centre, because of its foolish policies, pushed the country into a full-blown oxygen crisis… Why is Prime Minister Modi lying?” he said.

In a written statement in Parliament, the Central on Tuesday said no deaths due to lack of oxygen were specifically reported by states and Union territories during the second Covid-19 wave. Responding to a question on whether a large number of Covid-19 patients died on roads and hospitals due to acute shortage of oxygen during the second wave, minister of state (health), Bharati Pravin Pawar said in a written reply in Rajya Sabha, “Due to unprecedented surge in demand of medical oxygen during the second wave — the demand in the country peaked to nearly 9,000 MT as compared to 3,095 MT during the first wave — the Central government had to step in to facilitate equitable distribution to the states.”

Share
Facebook
Twitter
WhatsApp
Previous articleWe kissed, we dated, we married, and then…he died: Prag Diaries
Next articleMandatory hallmarking of gold jewellery has not been withdrawn, The Centre