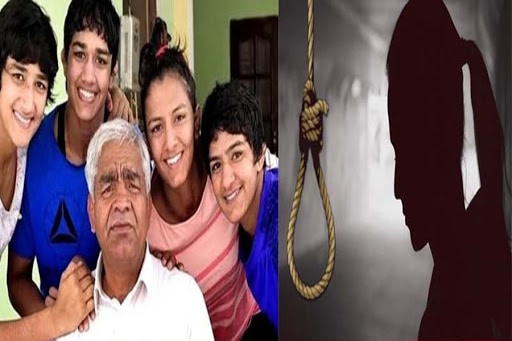 Chandigarh: Ritika Phogat, the cousin of top Indian wrestlers Geeta and Babita Phogat allegedly committed suicide this morning (March 18). Ritika was a student of the Mahabir Phogat Sports Academy and was trained by her uncle Mahabir Singh Phogat who is a Dronacharya Awardee.

Ritika allegedly committed suicide after she lost in the state- level sub-junior, junior women and men's wrestling tournament in Bharatpur by one point. Ritika was just 17 years old with a bright future, but she could not bear the disappointment of losing and took her own life.

The news was confirmed when Vijay Kumar Singh, Minister of State for Road Transport and Highways tweeted ,"Terrible news that we lost #RitikaPhogat who had a brilliant career ahead. The world has changed from where it was some decades ago. Athletes are facing pressures which were not there earlier. An essential part of their training should be to deal with these pressures."