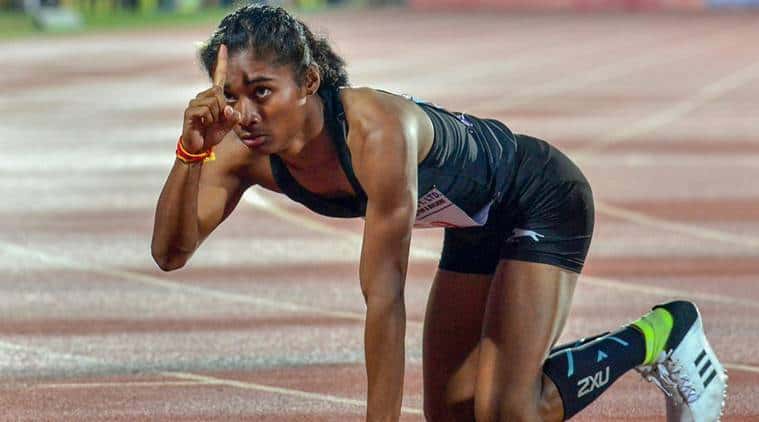 Patiala: Dhing Express Hima Das was disqualified after a false start in the women’s 100 sprint final in the Federation Cup Senior National Athletics Championships. 22 year old Dhanalakshmi of Tamil Nadu took the gold by beating Dutee and clocking 11.39 seconds ahead of the Odisha athelete to become the fastest woman of the championships on the second day of competitions at the NIS Campus, Patiala. Another Tamil Nadu runner Archana Suseendran came third by clocking at 11.76 seconds.

Also read: I don’t want to become the CM of Assam: Badruddin Ajmal

Hima couldn’t live up to the expectations in the much anticipated final who was shown a red card, while Dutee and Dhanalakshmi did not come anywhere near the Olympic qualification mark of 11.15 seconds.

Dhanalakshmi had qualified for the finals as the fastest runner with a time of 11.38 in the preliminary round on Monday and she did not make any improvement in her timing on Tuesday.