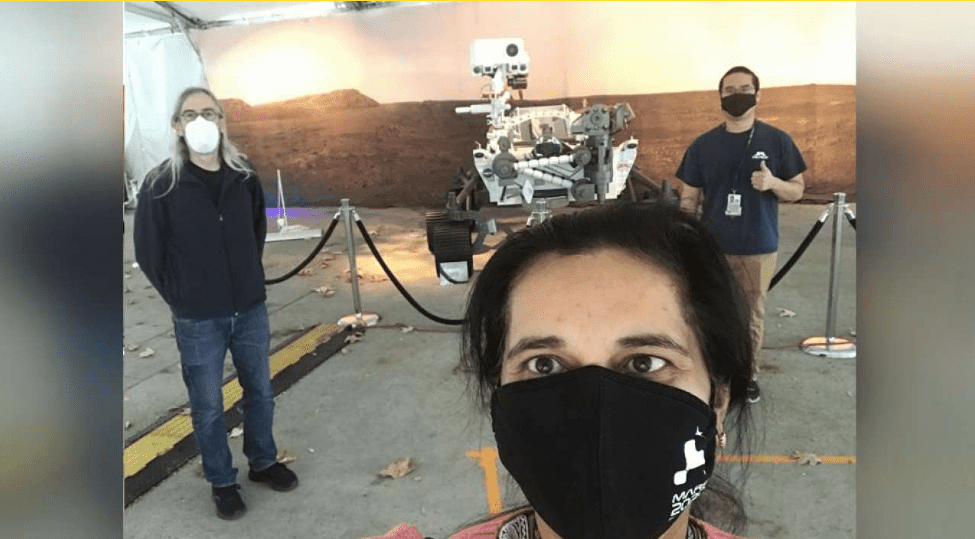 Washington: NASA has achieved a historic feat by sending the most advanced astrobiology lab ever to the Martian atmosphere, which landed safely inside a vast crater. The highly ambitious project has been achieved under the leadership of Indian-American scientist Dr Swati Mohan.

The rover took its flight from earth’s periphery about 7 months ago, which landed on Thursday on a search for traces of ancient microbial life on the Red planet.

Indian-American scientist Swati Mohan was co-ordinating with the Navigation, and Controls-GN & C subsystem and the entire project team from the control room.

Also read: One policeman killed while another injured during encounter with militants in Budgam

Swati is quite elated with her achievement who has been associated with the US Space Agency for quite some time now.

Dr Swati Mohan is the Mars 2020 Guidance, Navigation, and Controls (GN&C) Operations Lead. She led the attitude control system of the Mars 2020 mission and was the lead systems engineer throughout the development.

Swati came to America as a child. She spent most of her childhood in the Northern Virginia-Washington DC metro area. She earned a bachelor's degree in mechanical and aerospace engineering from Cornell University and completed her MS and PhD from MIT in Aeronautics/Astronautics.

She has been a member of the Mars Rover Mission since its inception at NASA's Jet Propulsion Laboratory. Apart from this, he has participated in many important missions. The Indian-American scientist has also worked on the Cassini (a mission to Saturn) and GRAIL (mission moon) projects. Swati is very excited about this success of NASA.