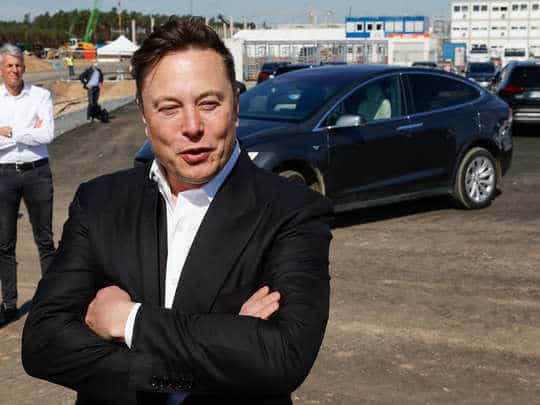 Bengaluru: Tesla, US electric car giant finally made its entry in India and was warmly welcomed by Karnataka Chief Minister BS Yediyurappa to the country and to his state.

An R&D unit has been set up by the carmaker in Bengaluru.

While confirming the entry of Tesla in India, Mr Yediyurappa tweeted: "Karnataka will lead India's journey towards Green Mobility. Electric Vehicle Manufacturer Tesla will soon start its operations in India with an R&D unit in Bengaluru. I welcome Elon Musk to India and Karnataka and wish him all the very best."

Apart from Karnataka, Elon Musk is in talks with five other state governments to set up operations in the country.

Tesla Motors India and Energy Private Limited was incorporated on January 8 with its registered office in Bengaluru, a hub for several global technology companies.

The airline confirmed the event and stated that the passengers involved in the brawl were deboarded.
Digital Desk: In a frightening occurrence, a group of women engaged in a violent fight over a window seat aboard a GOL Airlines jet

Meenakshi Sengupta, a patient in the United States, has reported American Airlines to authorities for "mistreating her and wrongfully deboarding her from the aeroplane when she requested assistance carrying a bag weighing more than 5 pounds."