UP Assembly Elections 2022: Another MLA resigns from Yogi’s cabinet 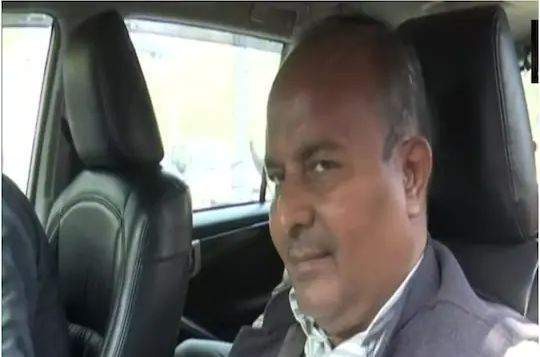 Lucknow: As the day nears for the assembly elections 2022 to be held in five states, Yogi Adityanath led BJP government in Uttar Pradesh is facing a series of defection day after day.

After the resignation of its eight prominent leaders (three holding state cabinet minister post and others being legislators), another MLA has put down his resignation papers.

BJP MLA from Bidhuna in Uttar Pradesh, Vinay Shakya has called for quits and wish to follow in the footsteps of former UP’s Social Welfare Minister Swami Prasad Maurya.

Also read: Speaking in Tamil was one of the happiest moments of my life: PM Modi

Vinay Shakya along with his brother Devesh Shakya and mother Draupadi Shakya came to Swami Prasad Maurya’s residence and handed over his resignation letter.

In his resignation letter, Shakya wrote, “In the last five years of the BJP regime, leaders from Dalit, marginalised section and minority communities were not given importance and not respected. Beside this, the state government ignored farmer issues, unemployed youngsters and the other marginalized section of the society. This is the reason why I am resigning from the primary membership of BJP. Swami Prasad Maurya is the voice of suppressed and exploited people and I am with Swami.”

Notably, after the resignation of Vinay Shakya, his daughter had alleged that her father had been taken to Lucknow for making him join the Akhilesh Yadav-led Samajwadi Party (SP), giving a new twist to Vinay Shakya’s resignation saga. Though police intervened and have reported Shakya to be safe.

Earlier today, Dr Mukesh Verma, a BJP legislator from Shikohabad assembly constituency in UP’s Firozabad, had tendered his resignation from the party alleging ‘lack of respect’ by the government toward backward classes and Dalits.

It may be mentioned here that the preparation for the upcoming assembly elections were going on in full swing in Uttar Pradesh. With all eyes on Yogi’s efforts with a string of developmental projects announced and launched ahead of the polls, BJP is confident of a landslide win. Yet, this array of continued resignations is forcing the grand party to rethink on their preparations and party strategy as the defections is weighing heavy on their poll face selection.

Drug Mafia Bellal Sheikh killed in an encounter in Dhubri