Weird: Man thinks his ear is blocked, upon scratching finds a cockroach inside 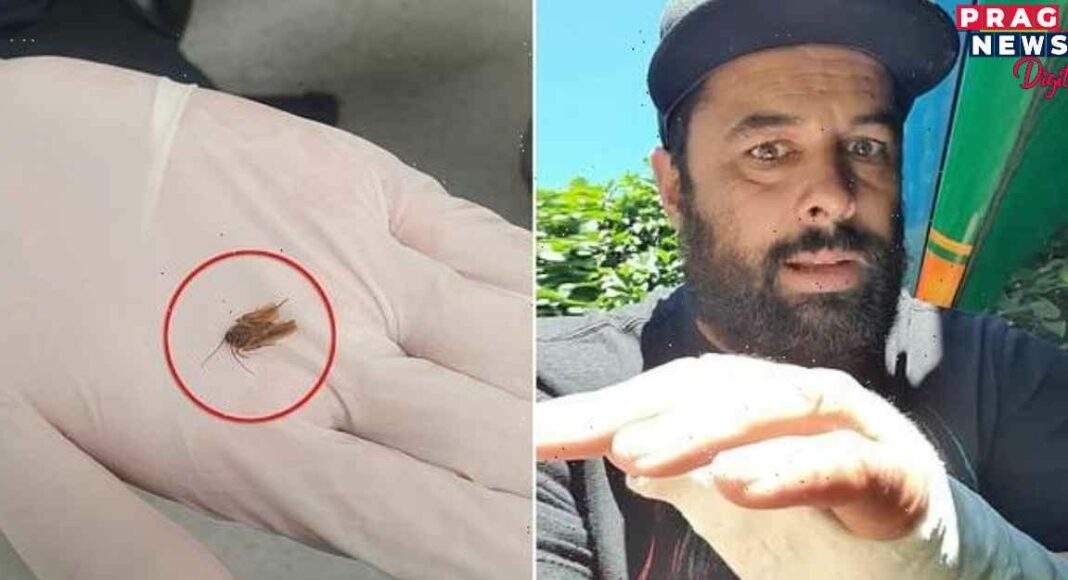 Digital Desk : The human body is believed to carry many weird things. Microscopic organisms are found in many parts of our human body, but cockroach is not one of them.

Yet finding one of these crippling insects inside the body will surely frighten us to the guts. A man from Auckland, New Zealand, lived through this nightmarish experience recently.

It made him go public with his ordeal and also advise social media users to always consult a doctor, possibly two, if they ever encounter such a skin-crawling feeling. He has even shared an image of the insect on his Facebook page.

Sharing his scare experience, Zane Wedding said that initially he thought that his ear was blocked with water, which was partially true. He assumed he had gotten water inside the ear while swimming the day before, according to the New Zealand Herald.

Soon, his assumption riddled his mind with scary thoughts as he could feel something moving inside his ear even though he stood still. Mr Wedding decided it was time to visit a doctor.

On January 8, he was prescribed antibiotics and told to dry out his ear with a hairdryer. The problem and he decided to visit an ear clinic.

It was there when the doctor told that he might be having a tumour inside the ear. Mr Wedding jumped out of his chair frightened and amazed after hearing the doctor. The doctor was herself in disbelief while she worked to pull out his ear.

Sharing his experience on the Facebook, Wedding mentioned in the post along with the image of the cockroach, “Went for a second opinion today at a different doctor and had a cockroach removed from my ear. Three days with a roach in my ear.”

Mr Wedding told the New Zealand Herald that it made him “physically ill”, and went on to add “I felt [my eardrum] pop as it came away. The lady who extracted it said: ‘I’ve never seen this before. I’ve read about it, but never seen it’.”

Still, not bogged down by this harrowing experience, Mr Wedding then quipped on a positive note stating, “It is always better to seek a second opinion, particularly if it concerned the body. For three days, the time the cockroach was inside his ear, I had lost hearing. But now, everything has turned normal.”