Akhil Gogoi wins in Assam: A President of Raijor Dol under custody 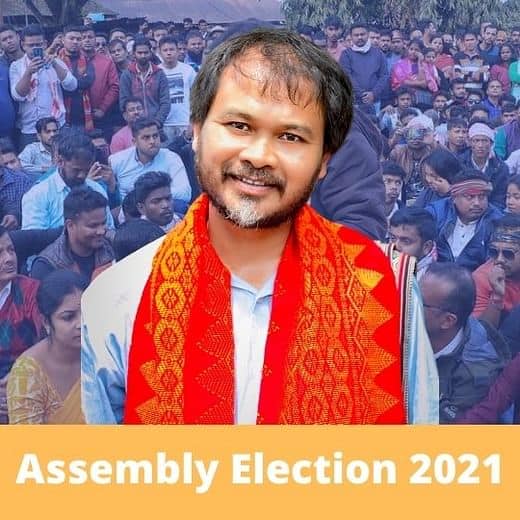 Guwahati: A jailed ‘alien’ President of Raijor Dol and peasant activist Akhil Gogoi creates history in the Assam Assembly Election for winning a seat from Sibsagar under custody. He has secured a seat from Sibsagar with 57,219 votes. Gogoi is the first one from Assam to win an election without any campaigns and being logged in jail.

He has contested from Raijor Dol, which was formed a year ago. The party is yet to be registered under the Election Commission of India. In this regard, his win will be considered as that of an independent candidate. He has won against the BJP’s Surabhi Rajkonwari from Sibsagar Assembly Constituency.

Akhil Gogoi was imprisoned in December 2019, during the anti CAA protest in Assam. Concerning a case that was filed against him in Chabua police station, Dibrugarh, he was imprisoned under various sections of IPC for rioting, communal conspiracy, illegal acts, etc. Subsequently, sections 15(1) (a)/16 of UAPA were also appended to it and the trial for this case is yet to commence.

Raijor Dol had announced 37 candidates for all three phases of voting for Assam assembly elections. However, none of the other candidates succeeded in winning a seat other than Akhil Gogoi who has attained victory as a president under custody in Assam.