Benchmark in the history of book publication: PM Modi gets the translated version of his books in As 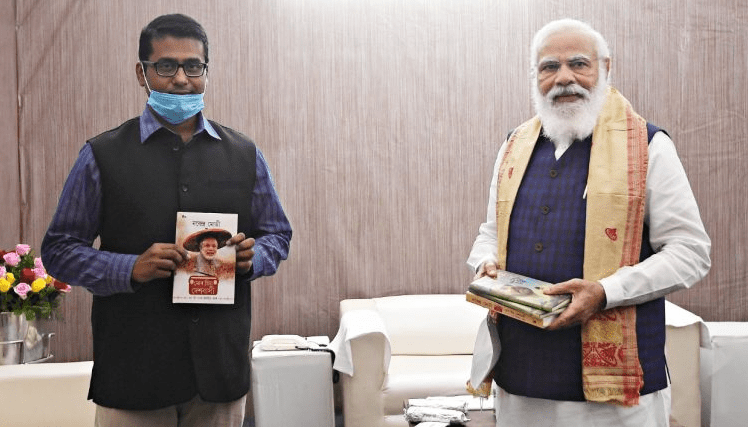 Guwahati: Creating a touchstone in the field of book publications, Assam Publishing Company, a city based Book Publication House has translated, assembled and published two books of Prime Minister Narendra Modi in Assamese version. PM Modi has even received the same from the hand of the book publisher, Sanjat Kumar Sanyal.

The two books titled ‘Letter to Mother’ and ‘Mann ki Baat’ by PM Modi have been translated and compiled in Assamese. While ‘Letter to Mother’ has been titled as ‘Aailoi Cithi’ in Assamese, translated by Utpal Datta, former Assistant Director of All India Radio, Ranchi, ‘Mann ki Baat’ has been titled as “Mor Priya Deshbashi” in Assamese translated by Namrata Datta. Saurish Mitra, a leading artist in the country has created and developed the cover pages as well as inside illustrations of the two books.

Also read: US President Biden vows to vaccinate 300 million people by the end of summer

Publisher Sanjay Kumar Sanyal was especially invited for a meet with the PM with regards to the translated books.