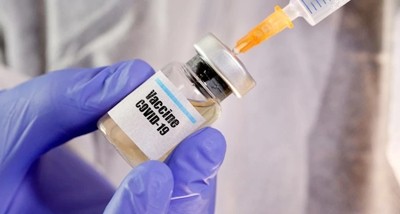 New Delhi: The Central Government told the Supreme Court that a total of 122 crore doses of Covid-19 vaccine would be required to vaccinate a population of 59 crores in the age group of 18 to 45 years.

The Centre stated after filing an affidavit before the top court that the vaccination is the topmost priority of the government and all efforts are being made to achieve an objective of 100 per cent vaccination in the shortage time possible keeping the available resources in minds and availability of vaccine doses into consideration.

The Centre said, “The central government has already taken proactive steps for procurement of other vaccines apart from Covishield and Covaxin”

The Central government told the Apex court that it has fast tracked the approvals for foreign produced Covid-19 vaccines that have been granted approvel in other countries.

Moreover, the Centre told the court that it has already granted license to Sputnik V vaccine for restricted use in an emergency situation based on the data from studies/clinical trials in Russia and other countries coupled with data from phase 2 and 3 trials conducted in India by Dr. Reddy’s Laboratories.

The Centre stated that as per estimate the availability of Sputnik V vaccine will start from July onwards and will be available to the extent of 8 million and 16 million doses in the country for the month of July and August 2021 respectively.

Further, the Centre said, “It is further submitted that the Union of India has been in constant touch with Pfizer, Moderna and J&J since mid-2020 with the objective of encouraging these companies to develop /supply/manufacture their respective vaccine through their local partners in India.”

In context to it the Supreme Court said, “It expected the Centre to come out with a national plan to deal with the distribution of essential services and supplies, including oxygen and drugs to fight with the deadly disease.”