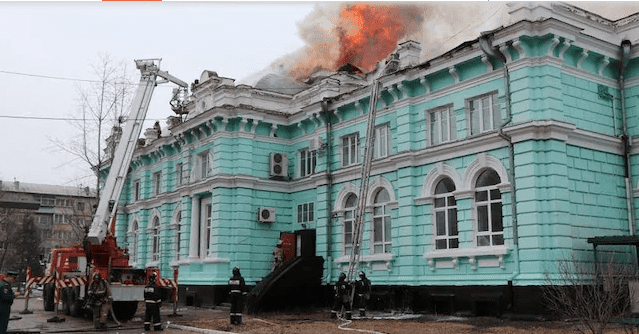 Moscow: Doctors in a Tsarist-era hospital in Moscow were conducting an open-heart surgery after a fire broke out on the hospital roof. The operation was underway when the fire incident took place. Fire fighters who took more than two hours to douse the fire said they used huge fans to keep smoke out of the operation room and ran in a power cable to keep it supplied with electricity.

Also read: Clashes in Pakistan over closure of shrine

A group of eight doctors and nurses completed the operation in two hours before removing the patient to another site, the emergencies ministry said. “There’s nothing else we could do. We have to save the person.

We did everything at the highest level,” surgeon Valentin Filatov was quoted as saying by REN TV. He said it had been a heart by-pass operation