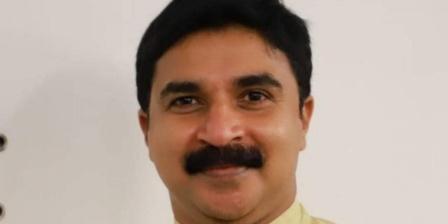 Kochi: The chief reporter of Mathrubhumi News, Vipin Chand died of COVID-19 related complications on Sunday. He was 42. He died due to health complications caused due to Covid 19.

Chand, who was extremely engaged in reporting indeed through the second wave of the pandemic had tested positive for the virus two weeks ago. He was in-home quarantine for some days. Succeeding, he was admitted to a private hospital in the city. When his situation worsened following an outburst of pneumonia, he was moved to a more competent medical facility in Kochi, where he departed at 2 am on Sunday.

Chand began his journalism career in 2005. He joined Mathrubhumi News in 2012. "This is a sad loss to Malayalam journalism. My heartfelt condolence to the bereaved family", Governor Arif Mohammed Khan tweeted.

According to several broadcast reporters, approximately 200 journalists in India have lost their lives to Covid19 over the past year. In April alone, 60 journalists died of the fatal virus, said the Network of Women in Media.